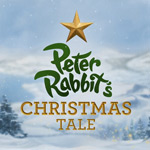 Beatrix Potter’s classic character Peter Rabbit is set to make a comeback on Nickelodeon next month. The U.S. cabler will premiere Peter Rabbit’s Christmas Tale on Friday, December 14th at 7 p.m. Produced by Silvergate Media for Nickelodeon U.S.A. and the BBC, the CG special is animated by Dublin-based Brown Bag.

In the special, Peter and his cousin Benjamin take over for Mr. Bouncer when he gets sick and can’t make the important holiday supply deliver. They also have to fight a blizzard and the evil fox Mr. Tod to deliver important gifts and supplies to the members of the Lake District. They also get to make a a new friend named Lily Bobtail — a new character inspired by Beatrix Potter herself: strong, smart, independent and curious.

Beatrix Potter’s Classic Tales have delighted children for more than 100 years and continue to be as popular today as ever. Beatrix Potter’s first book The Tale of Peter Rabbit, based on a picture letter she wrote to an ill child, was first published by Frederick Warne in 1902. Beatrix Potter went on to write and illustrate an additional 22 books over the next 28 years, including The Tale of Benjamin Bunny, The Tale of Squirrel Nutkin, and The Tale of Tom Kitten. The series has always remained in print and Beatrix Potter’s books continue to sell millions of copies and are translated into over 35 languages throughout the world.

Nick Jr. will air the new CG-animated series The Tales of Peter Rabbit in 2013. 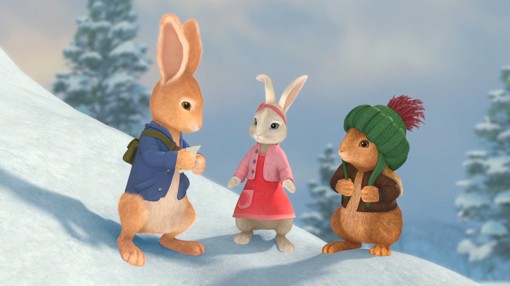