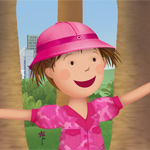 At the PBS Annual Meeting on Tuesday, the debut of a new PBS KIDS animated series was announced, with Pinkalicious & Peterrific set to premiere February 19, 2018 on TV and digital platforms. Based on the best-selling Pinkalicious book series (HarperCollins), the show is designed to encourage children ages 3-5 to engage in the creative arts and self-expression. WBGH Boston and its animation partner Sixteen South are in production on 38 half-hour episodes and one hour-long special.

The series follows the adventures of Pinkalicious — an artist at heart who sees the world in a different way, finding creative inspiration everywhere she looks. She knows what she likes and she’s not afraid to express herself, though sometimes she needs help from her brother, Peter, and their neighborhood friends. Each episode will include two 11-minute stories as well as a live-action interstitial and and original song.

“PBS stations are a go-to destination for the arts in their communities across the country; we often hear from artists that their first exposure to the arts came from PBS programming,” said Linda Simensky, VP Children’s Programming, PBS. “We are thrilled to build on our commitment to the arts with a PBS KIDS series entirely dedicated to the arts and creativity. Through Pinkalicious & Peterrific, we hope to encourage children across America to follow their passions and express themselves creatively, while building important skills and having fun.”

The TV series is part of a multiplatform Pinkalicious & Peterrific media experience, which will also include digital content for kids, parents and teachers launching in 2018 — including games, clips and full episodes across PBS KIDS websites, apps and streaming platforms. A dedicated app for the show will also debut next year.

Written by Victoria Kann and Elizabeth Kann, with illustration by Victoria, the Pinkalicious book series includes 63 titles, translated into 8 languages, and has sold more than 23 million copies to date. The most recent book, Peterrific, debuted this month. The books have also inspired a stage musical which continues to play in New York and across the US.

“I’m tremendously excited to see the world of Pinkalicious and Peterrific come alive,” said Victoria Kann. “And I’m grateful to PBS and WGBH for helping to empower kids to explore and express their full creativity through this wonderful new series.”

Pinkalicious & Peterrific is executive produced by Dorothea Gillim (WGBH) and Victoria Kann, co-produced by WBGH and Sixteen South. The series is developed and produced with funding from PBS and Northern Ireland Screen. 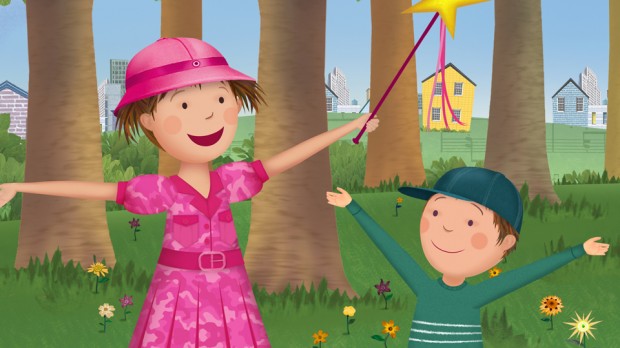