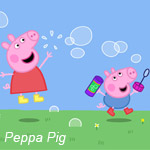 Entertainment One (eOne) Family has announced a slew of deals following their successful attendance of MIPTV last month. The family brand management arm of the globally recognized production and distribution house has signed on international agreements for new broadcast deals, renewals and in-flight sales for its children’s portfolio—which includes hit shows like Peppa Pig, Ben and Holly’s Little Kingdom, Humf, Lost and Found and Tractor Tom.

European channels WDR in Germany, RTV in Slovenia, TV Catalunya and RTE in Ireland have picked up series four of Peppa Pig (WDR and RTV also nabbed season three) while series one has been renewed by Nick Jr U.K. and YLE in Finland, as well as TV Works in New Zealand and ABC Australia which have also opted for series two.

Ben and Holly’s Little Kingdom, which has already signed on in 160 territories worldwide, extends its reach into Central and Eastern Europe in a deal that will have Dexy handle broadcast and DVD rights for the preschool show in Serbia, Bosnia, Montenegro and Macedonia. The series will also begin airing on Ireland’s RTE and in Welsh on S4C.

Rounding out the broadcasting announcements: Tractor Tom will premiere in Gaelic on TG4 (Ireland); Humpf will re-launch on BBC Kids (Canada) and arrive on S4C; while BAFTA award-winning half-hour toon special Lost and Found has been snatched up by Al Jazeera (Middle East), TPBS (Thailand) and RTSR (Switzerland). Ben and Holly and Tractor Tom will also hit the skies with new in-flight sales with Emirates and Air Mauritius.

“We’re delighted to have strengthened the international broadcast platforms for our children’s shows by expanding their presence in multiple new markets,” says Olivier Dumont, managing director for eOne Family, “This increased exposure will support the all important licensing and merchandise activities for these brands and we look forward to working with all our new broadcast partners in the future on securing the very best slots for our properties.”