Cartoon Network and Warner Bros. Animation have revealed a closer look at the upcoming epic crossover episode “TTG v PPG” — premiering Thursday, June 30 at 6:00/5:00c as part of CN’s #Yoursday lineup. The superheroic adventure begins when Mojo Jojo shows up in Jump City with the Powerpuff Girls on his heels, ready to team up with the Teen Titans to take him down. 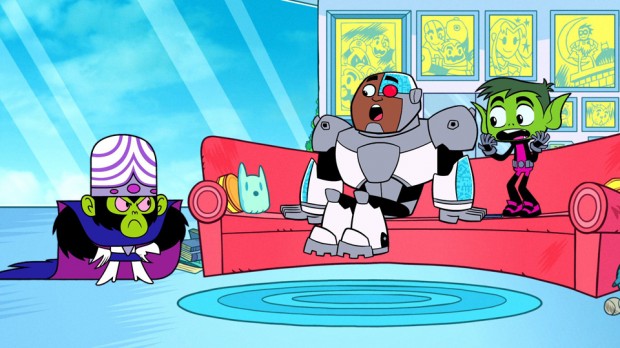