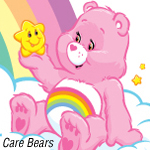 It’s been almost 30 years since the Care Bears first starting, well, caring — and to celebrate, American Greetings Corp. is bringing them back to TV.

The company has given the green light to an all-new CGI-animated series for the Care Bears that will start airing next year to coincide with the anniversary. The new series will be accompanied by a new toy line, due out in 2013.

“The Care Bears are not just a piece of ’80s pop culture, but an enduring and still beloved properties whose messages of caring and sharing are as relevant today as they were when the property was first introduced,” said Gabrielle Oliff, marketing director for American Greetings Properties. “By producing a new television series, we are excited to help moms who grew up with the Care Bears share them with their own children.”

The Care Bears debuted as greeting card characters that quickly were spun off into a popular line of plush toys. They made the transition to animation in a 1983 TV special The Care Bears in the Land Without Feelings. More specials, several TV series and even animated features followed. The property was revived in the 21st century and has yielded more TV episodes, feature films and direct-to-video projects. The most-recent animated series to feature the characters was Care Bears: Adventures in Care-a-lot, which aired in 2007-08 on CBS.