Netflix will be launching a new 12-episode season of its darkly hilarious animated adult comedy series BoJack Horseman, available exclusively through the streaming service on Friday, July 17 at 12:01 a.m. PST in all territories where available.

Will Arnett once again stars as the voice of BoJack, a ‘90s sitcom star struggling to find his way through a quagmire of self-loathing, whisky and failed relationships. Now starring in his dream project — a biopic about Secretariat — but humbled by the events of Season 1, BoJack attempts to use his professional second chance as a springboard to a better self. But, new challenges on set and in his personal life as well as the demons of his past prove major obstacles to achieving a new and improved BoJack.

With Arnett, the series features the voices of Aaron Paul as Todd Chavez, Amy Sedaris as Princess Carolyn, Alison Brie as Diane Nguyen and Paul F. Tompkins as Mr. Peanutbutter — with many surprise guests set for Season 2. BoJack Horseman was created by Raphael Bob-Waksberg and designed by graphic artist Lisa Hanawalt. The show is produced by The Tornante Company, with animation by ShadowMachine. 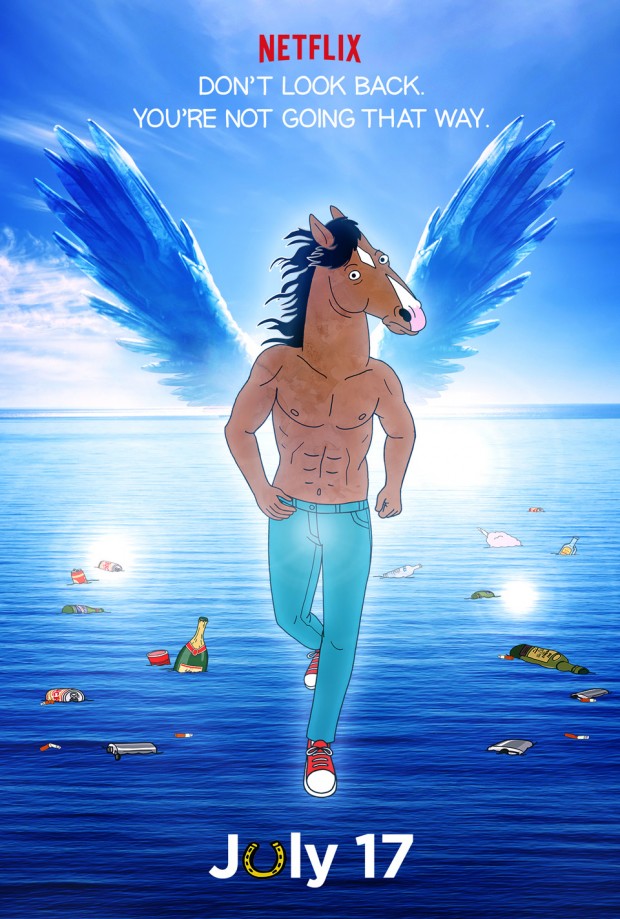