Netflix and 41 Entertainment have announced the streaming giant will be bringing a new animated kids’ series — Kong – King of the Apes — from exec producer Avi Arad to members around the world. The property will launch with a full length feature film to be followed by 12 half-hour episodes beginning in 2016.

Set in 2050, the CG animated take puts a modern spin on the classic King Kong story. Even far in the future, Kong is still the strongest creature ever born with the human traits that make him the ultimate hero. Kong shows a bright future where San Francisco’s infamous Alcatraz Island has been turned into a Natural History and Marine Preserve — but when the star attraction goes ape and Kong becomes public enemy number one, the villain that framed him is free to unleash an army of gigantic robotic dinosaurs. Ironically, the world’s biggest, hairiest fugitive Kong is the only force on earth that can stop them and save humankind.

“We’re thrilled to be working with Avi who has made some of the most successful action and adventure franchises today and whose Pac-Man and the Ghostly Adventures series has been very popular on Netflix around the world,” said Ted Sarandos, Chief Content Officer for Netflix. “With 41 Entertainment as our partner on this, we continue to work with some of the finest animation studios around the world to create shows that will appeal to kids of all ages globally.” 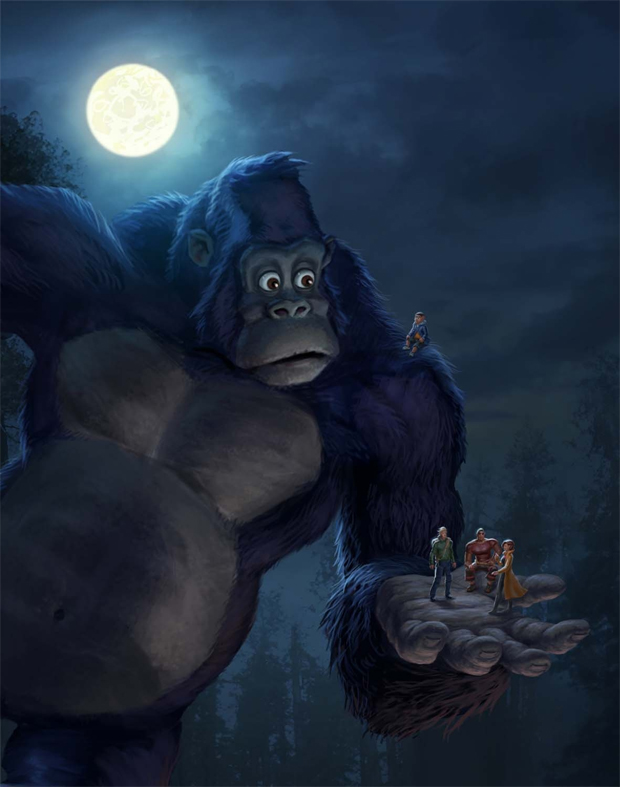 Kong – King of the Apes

You may also like...
Related Topics:41 Entertainment, Avi Arad, Kong - King of the Apes, Netflix, Pac-Man and the Ghostly Adventures, Ted Sarandos