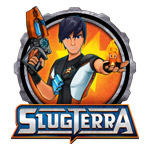 Nerd Corps Entertainment has announced a partnership with Beijing-based Ciwen Media Group, which has picked up all rights necessary to manage the studio’s boys action property Slugterra in China, including merchandise, consumer products, TV rights and non-exclusive digital media.

The cooperation will also result in new co-developed content for the brand next year, including a 90-minute feature slated for theatrical release in China, with deals currently under discussion for North America and worldwide releases.

Slugterra (39 x 33) follows Eli Shane and his friends as they explore and protect the world of Slugterra by collecting and training an army of magical transforming “slugs,” challenging each other to duels and searching through a variety of slug-friendly environments in order to become the greatest slugslingers ever. The planned feature will introduce a new hero to the story. A second film set for late summer 2014 and joins the recently announced 44-minute TV special Ghoul from Beyond, set for spring 2014.

You may also like...
Related Topics:Ciwen Media Group, Ghoul from Beyond, Nerd Corps Entertainment, Slugterra