Cryptozoology has never been so cuddly. Corus Entertainment’s Nelvana has announced it has entered a development agreement for a new CG-animated preschool series, Camp Yeti. The 52 x 11 show is a joint effort with the newly formed Abominable Snowman studio lead by Keith Chapman (Bob the Builder) and Ian Liddell of Studio Liddell (Cloudbabies). Chapman and Liddell have previously collaborated on Chapman Entertainment’s Roary the Racing Car and Fifi and the Flowertots.

Camp Yeti centers on a sweet young yeti named Pigtail Poppy and her friends at a special sleepaway camp high in the mountains. The young humanoids spend their days trekking through snowy peaks, making crafts, eating spag-yeti and singing yeti songs around the campfire. Guided by the coolest camp leaders in the world, Big Hair Blair and Beehive Bea, the campers plans don’t always go smoothly, but they always make for a great time.

The show is expected to be ready for delivery in Fall 2016. 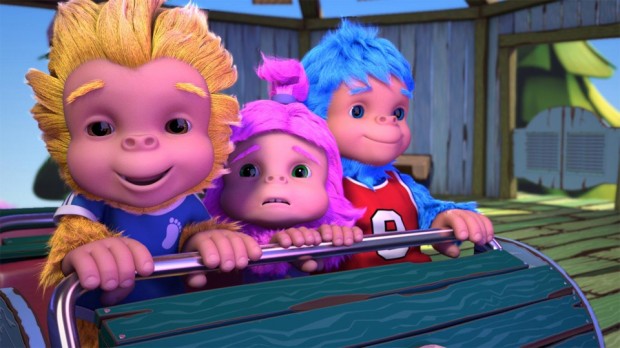