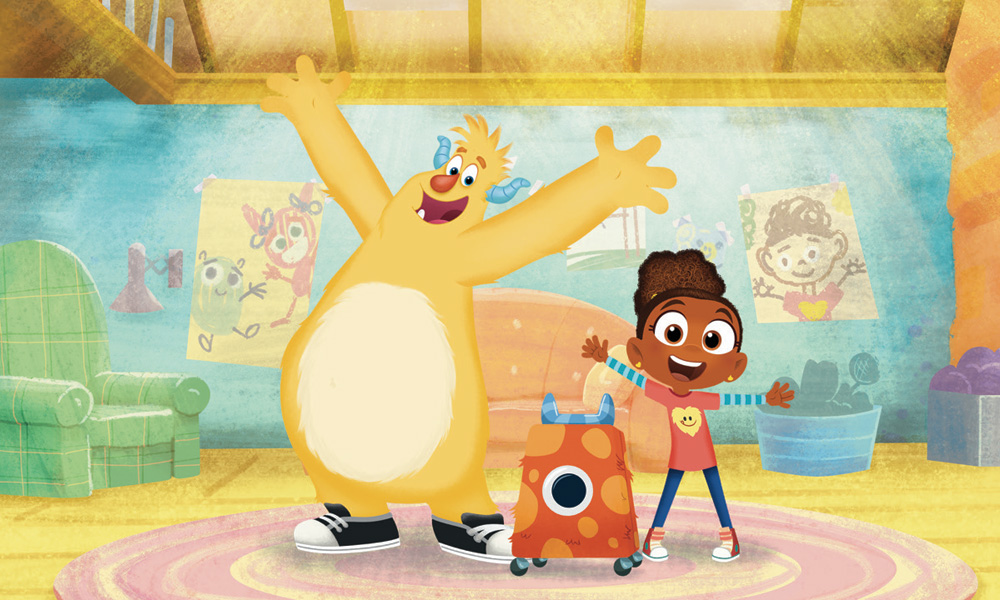 “We’re thrilled that KiKA and other international broadcasters are rolling out Esme & Roy to viewers worldwide,” says Pam Westman, Head of Nelvana Enterprises. “With the expansion into new territories, Esme & Roy will continue to enhance the educational entertainment landscape through physical, cognitive and socially engaging content.”

“Esme & Roy helps children deal with their emotions in fun and positive way – through the power of play”, says Sebastian Debertin, Head of Fiction & Acquisitions at KiKA. “The show will perfectly complement KiKA’s program and will speak to our young audience.”

With loveable characters who spark strong emotional connections among preschoolers and parents alike, Esme & Roy invites children into a colourful world where even the littlest monsters can overcome big challenges together. Esme and Roy will use the power of play to help younger monsters through familiar situations like trying new foods and feeling scared during loud thunderstorms. Little viewers will look up to their new favorite monster-sitters as positive role models, learning how to manage strong emotions with simple mindfulness practices alongside Esme and Roy’s charges. Infectious humor, imaginative design, and expressive voice talent including Millie Davis (Wonder, Odd Squad) and Patrick McKenna (Cloudy with a Chance of Meatballs [series], Hotel Transylvania: The Series), bring the world of Esme & Roy to vibrant life.

Trailer: ‘Coconut the Little Dragon – Into the Jungle!’ Sells Worldwide
ShortsTV Bringing Oscar Nominees to Theaters Around the World