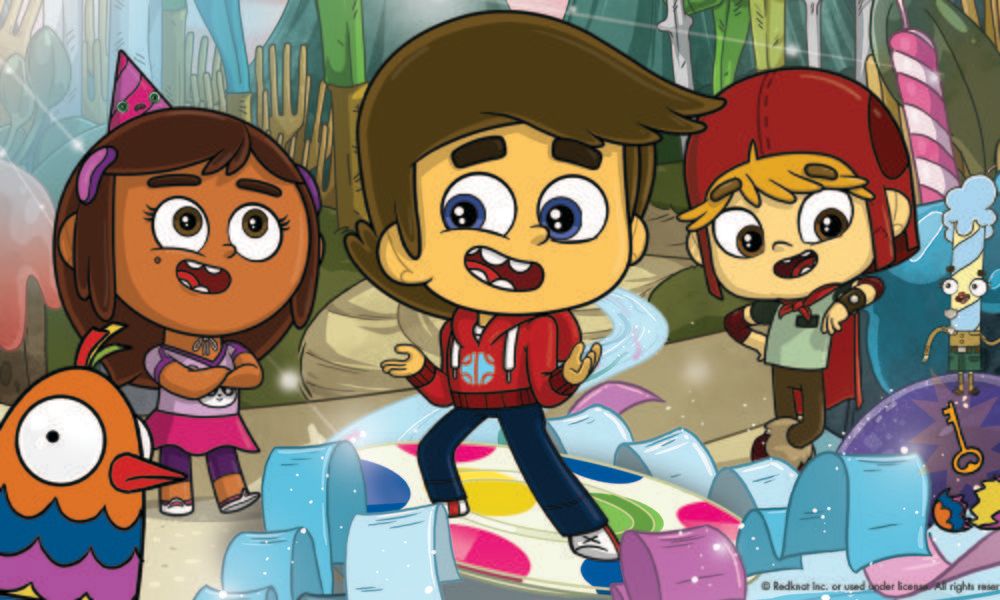 Get ready to enter The Happy Land of Birthdays as Nelvana and Discovery’s joint venture, redknot, greenlights its third series: Super Wish (52 x 11′). Created by Nelvana’s Vanessa Esteves and Emmy Award winner Adrian Thatcher, the animated series takes place in a magical world of never-ending celebration. Produced by redknot, production begins Spring 2021. The series will air on Corus Entertainment’s YTV in Canada and Discovery Kids in Latin America in 2022.

The 2D-animated series aimed at kids 4-8 follows Jesse, who inadvertently uses his extra special 10th birthday wish – a super wish – to wish his birthday party would disappear … and to his surprise, it does! Now he and his friends must venture through the mystical birthday dimension to track down and undo his wish. As they encounter wondrous characters and comical adventures, Jesse and his friends rediscover the magic of birthdays and how great it is to be a kid.

“Super Wish is a fantastical adventure filled with teamwork, friendship and colorful characters, created by Nelvana’s very own talented Vanessa Esteves and Adrian Thatcher, who lend their valuable breadth of knowledge to this project with their many years of experience in the industry,” said Pat Burns, Executive Manager, redknot. “The series is the perfect addition to redknot’s production slate as we work to develop and produce unique children’s content with positive messaging and developmental values.”

“Featuring familiar birthday elements such as candles and piñatas, and even gifts coming to life in unexpected ways, Super Wish is a fun, unique and exciting new series that explores the magical world of birthday celebrations, drawing inspiration from cultures around the world” said Adriano Schmid, Senior Director of Production, Discovery Kids Latin America. “The series also explores valuable lessons surrounding trust and friendship, taking responsibility and accepting others’ differences as strengths, all while having lots of fun!”

Vanessa Esteves is a supervising producer, writer and content creator with over 17 years of experience in the animation industry. Esteves has worked in multiple genres with a strong focus on bridge-preschool and comedy. Esteves has most recently overseen Agent Binky: Pets of the Universe, Max & Ruby and Ranger Rob along with Nelvana’s series of digital music videos, Toon Bops.

Adrian Thatcher is a Toronto-based animated series director who has worked in animation for over 22 years at both Walt Disney Television Animation and Nelvana. In 2010, Thatcher won a Daytime Emmy Award for individual achievement in art direction in recognition of his work on the Nelvana series Willa’s Wild Life. Thatcher’s most recent directing credits include Ollie’s Pack, Bravest Warriors, Ranger Rob and Oh No, It’s an Alien Invasion!