Nickelodeon networks are off to an animated start in 2017 with the announcements that new preschool series Nella the Princess Knight is heading to the Nickelodeon channel (premiering Feb. 6 at 10 a.m. ET/PT) while Nick Jr. takes flight with Digby Dragon (Jan. 23 at 7 p.m.) and Trucktown is revving on NOGGIN. Nick Jr. is also presenting second seasons of the new Teletubbies, MIffy’s Adventures Big and Small and Hey Duggee. 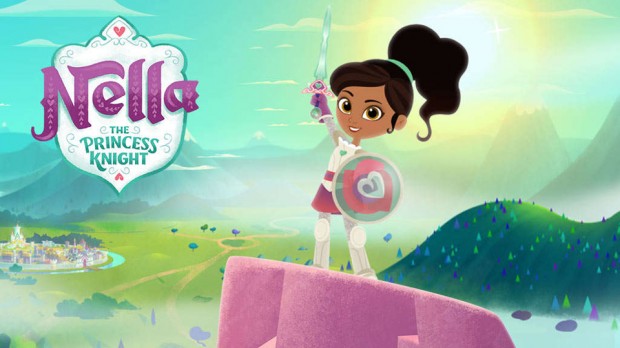 Nella the Princess Knight (40 x half-hours) centers on a confident 8-year old who likes dancing at extravagant balls just as much as she likes meeting fire-breathing dragons. Nella transcends traditional roles and expectations, as she is able to transform into Nella the Princess Knight to protect her kingdom with the help of her glamorous unicorn and best friend, Trinket; loyal knight Sir Garrett; and Clod, Garrett’s trusty steed.

In the Feb. 6 premiere, “Sir Clod/Up All Knight,” Clod loses his invitation to the Royal Cafe Breakfast Buffet and must find it by lunchtime or everyone misses out. Under Nella’s leadership, they brave Gotcha Falls, dodge through a field of poppleberries and traverse the bubbly Sudsycano in order to find it. Also in the episode, a luminous phoenix shines brightly across the kingdom causing Blaine and the rest of Castlehaven to lose sleep. After the phoenix is locked up in the knight brigade tower, Nella must use her knightly skills to free the bird and convince everyone to come together as a group to solve their problem.

Robert Vargas (head writer, Zack and Quack) serves as an executive producer on Nella, and the series is created by Christine Ricci (curriculum advisor, Blaze and the Monster Machines, Dora the Explorer). The show will roll out internationally this spring. NickJR.com and the Nick Jr. App have launched exclusive content ahead of the linear premiere. 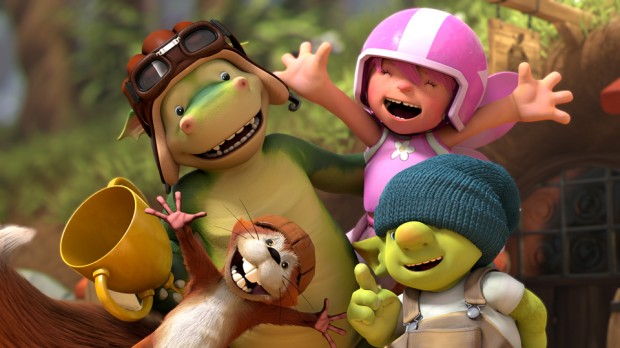 CG series Digby Dragon (26 x half-hours; distributed by Aardman Animations and produced by Fizzy Prod.) follows a young dragon named Digby who is learning to fly. Along with his best friends Chips, Fizzy Izzy and Grumpy Goblin, Digby sets off on magical adventures in the colorful and enchanted Applecross Wood. In the premiere, “Runaway Scottie/Dragon Rock,” Digby gets the chance to be a courageous hero when he rescues Archie from a runaway train. The series debuted on Nick Jr. in the UK in July 2016, and scored the network’s best weekday launch ever for a new show. 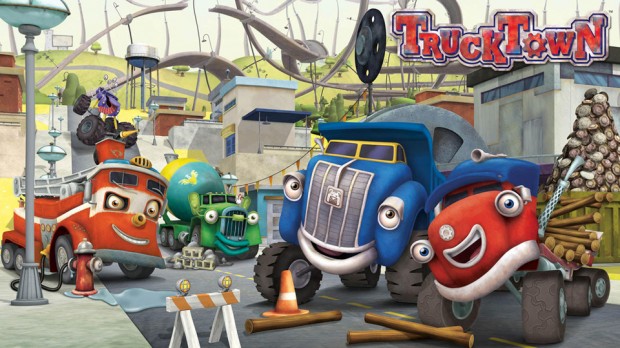 From Corus Ent.’s Nelvana, Trucktown (40 x half-hours) is set in a world populated by young trucks, and centers on Flat Bed Jack and his friends Dump Truck Dan, Monster Truck Max and others as they roar, romp and rock their way through town. The show, based on a book series by children’s author Jon Scieszka (The Stinky Cheese Man and other Fairly Stupid Tales) illustrates that preschoolers can find solutions to any problem through game play and fun.

Season two of Teletubbies (30 x half-hours) is produced by DHX Media. Miffy’s Adventures Big and Small (9 half-hours) is commissioned by Mercis Media BV and produced by Blue Zoo Prod. in London, based on the award-winning book series by Dutch author-illustrator Dick Bruna. And the second season of Hey Duggee (18 half-hours) comes from Studio AKA, produced for BBC Worldwide.