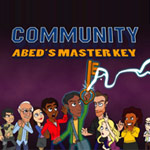 While the live-action of the NBC’s Thursday night sitcom Community won’t be back until March 15, a clever three-part animated version of the show will debut on nbc.com and hulu on March 7. The short, which is titled Abed’s Master Key will continue on March 8 and 9.

Written by Ikea Heights creators Dave Seger and Tom Kauffman, the toon finds Abed (Danny Pudi) in possession of the master key to Greendale Community College after Dean Pelton makes him his assistant.

Pudi told ew.com, “The show fits into the web world very well. They are almost like the tags we do at the end of an episode.” 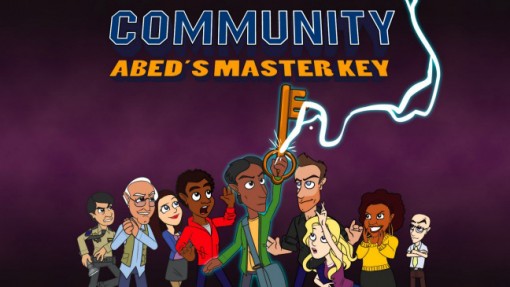 “The Community actors and team were eager to lend their voices and support to an effort intended to engage their loyal fan base that has rabidly kept the show thriving,” said Chris Van Amburg, senior vice president of U.S. marketing at Sony Pictures Television to The Hollywood Reporter.