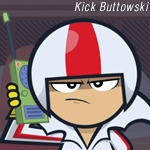 The episode will air at 8:30 a.m. ET/PT and will feature Howard, who plays for the Orlando Magic, as steely movie star Rock Callahan. The episode also guest stars Emmanuelle Chriqui, who plays Sloan on HBO’s series Entourage.

“Rock Callahan is Kick Buttowski’s super hero,” says Howard. “The character even took some of my characteristics — the big shoulders, the little soul patch and little mustache. It’s like we were meant for each other.” 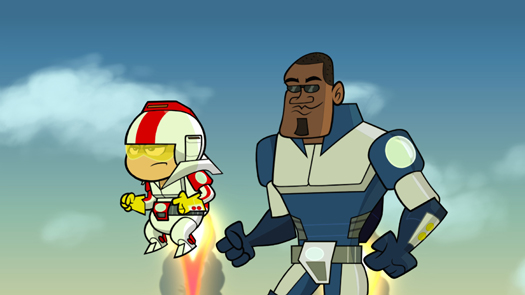 The season two premiere, “Mow Money,” sees Kick and Gunther  pitted against each other in a grass cutting competition to buy the last remaining ticket to see Rock Callahan (voiced by Howard) live onstage in Mellowbrook. In “Love Stinks!,” when Brad gets a girlfriend, Kelly (voiced by Chriqui), Kick is overjoyed with his brother’s nicer persona and time away from the cul-de-sac. But when Kick discovers that Kelly is using Brad for her cheerleading initiation, Kick must decide between sparing his brother from public humiliation or relishing his Brad-free life.