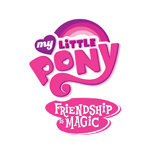 On March 26 at 11 a.m. ET/10 a.m. CT, Discovery Family will debut an all-new sixth season of My Little Pony: Friendship Is Magic. To celebrate, the show has gotten a fun new teaser trailer that puts an equine spin on the iconic Game of Thrones opening credit sequence.

Season 6 of MLP kicks off with a special one-hour premiere which follows Princess Twilight Sparkle and the rest of the “Mane 6” as they head to the Crystal Empire for the “Crystalling” of Princess Cadance and Shining Armor’s new baby, Flurry Heart.

Throughout the new season, Twilight Sparkle, Rainbow Dash, Pinkie Pie, Fluttershy, Rarity and Applejack embark on exciting adventures across Equestria to explore new locations and revisit some familiar favorites, like Manehattan, Cloudsdale and the Crystal Empire. In addition, with their cutie marks finally acquired, the Cutie Mark Crusaders will begin to explore their destinies.

Season 6 will bring a variety of special treats for viewers, including holiday specials and several new, original songs. Viewers will also be introduced to new characters, a few of which will reveal the mysterious backstory of some of the main cast.

You may also like...
Related Topics:Discovery Family, Game of Thrones, MLP, My Little Pony: Friendship is Magic