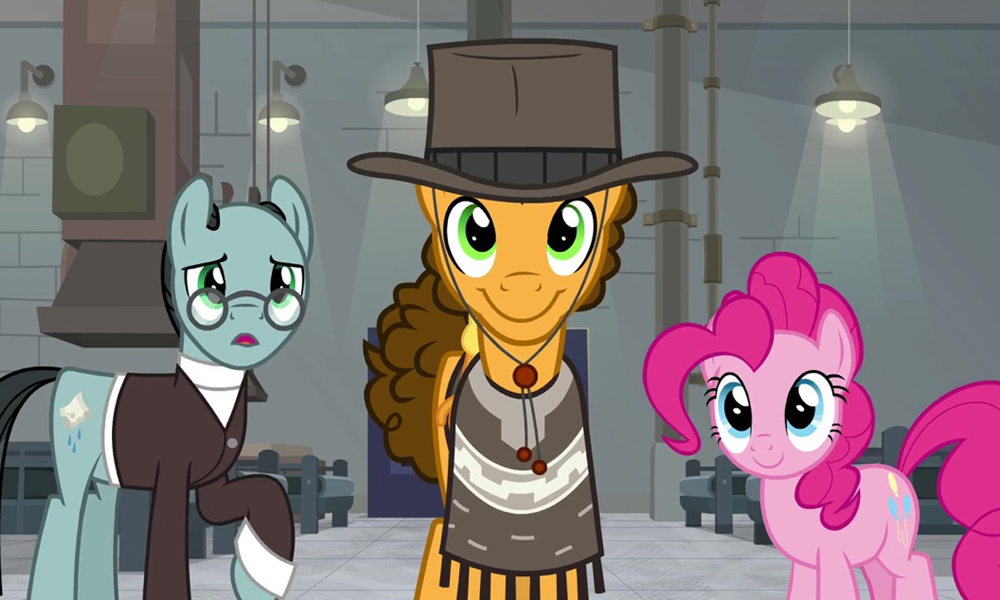 Discovery Family will be counting down the final 13 episodes of My Little Pony: Friendship Is Magic, beginning with special mid-season premiere on Saturday, August 3 at 11:30 a.m./10:30C. The final batch of new episodes of the Allspark Animation-produced hit series will also stream live and on demand on Discovery Family GO, the network’s TV Everywhere app.

Discovery Family will spur anticipation for the final stretch with a six-day “Mane 6 Takeover” programming event, beginning Sunday, July 28 at 6 a.m./5C. Featuring a different iconic pony every day, fans will have the chance to celebrate each of their favorite episodes spotlighting the Mane 6 from the past nine years, including an encore airing of the first half of season nine leading into the mid-season premiere.

In the mid-season premiere, titled “The Last Laugh,” Pinkie Pie seeks help from her old friend, the super silly Cheese Sandwich — voiced once again by the iconic Weird Al Yankovic — in finding her life’s purpose. Through a brand-new song and a few special surprises, Pinkie Pie is rewarded with a very special revelation.