Kids entertainment company CAKE together with French CG animation studio TeamTO and Belgian creative house Thuristar have announced that their new animated series My Knight and Me (52 x 11) will launch at this year’s MIPTV market, taking place April 4-7 in Cannes.

Aimed at kids ages 6-11, My Knight and Me is a medieval comedy about street-smart Jimmy the Squire, his best friend Cat the daring princess, and his father Henri of Orange, a charmingly inept but passionately chivalrous knight who might not be the most efficient protector of the realm, but is definitely the funniest. Together his trio set out to make the Dark Ages a little bit lighter and a lot more fun.

My Knight and Me is the fifth production to come out of CAKE and TeamTO’s creative partnership which has previously produced Angelo Rules and Oscar’s Oasis. The new show is a spinoff of Thursitar’s short film 850 Meters by Joeri Christiaen, who is directing the series. 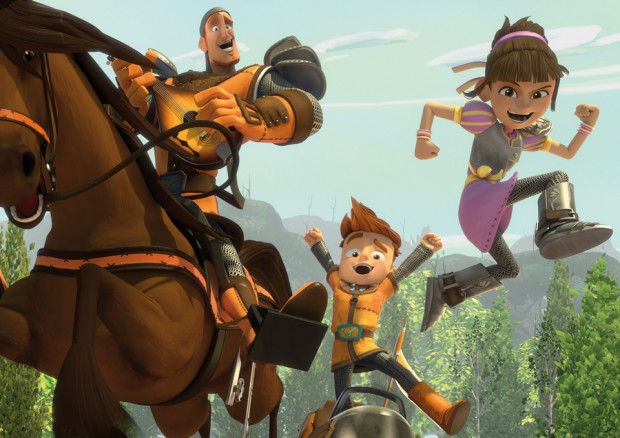