MIPTV, the global TV and digital content market, brings together many of the world’s top animation creators, producers and distributors to Cannes April 9 thru 12. Here are six of the hot new shows which will be making their debut at the event: 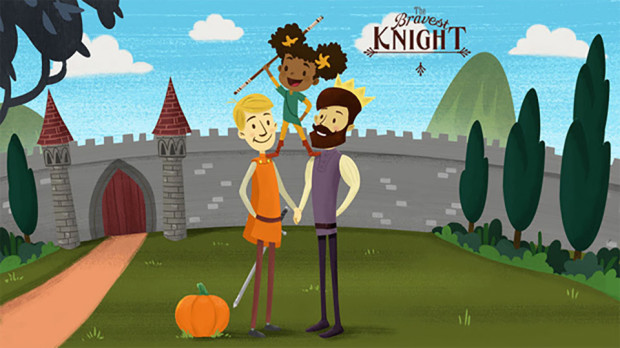 Based on: The Bravest Knight Who Ever Lived by Daniel Errico

Synopsis: Nia wants nothing more than to be a famous knight like her dad, Sir Cedric. Now married to Prince Andrew, Sir Cedric tells her tales from his own time as a Not-Yet-Knight, on a quest to save the fairytale kingdom from witches, giants and a troublesome dragon. Along his journey, he’s joined by a bridge-less troll named Grunt, and a savvy messenger raven named Saylor.

Stand-Out Qualities: The Bravest Knight is a groundbreaking LGBTQ+ children’s series. The show centers around Cedric, a multi-dimensional, openly gay protagonist, as he goes from hero to father of his adopted daughter, Nia.

Quick Pitch: “The show is about recognizing the strength that it takes to be true to yourself,” says Shabnam Rezaei, co-founder and president of Big Bad Boo. “Cedric’s journey represents the opposition we may face when trying to find our place in the world and the wonderful courage that can be found along the way.” 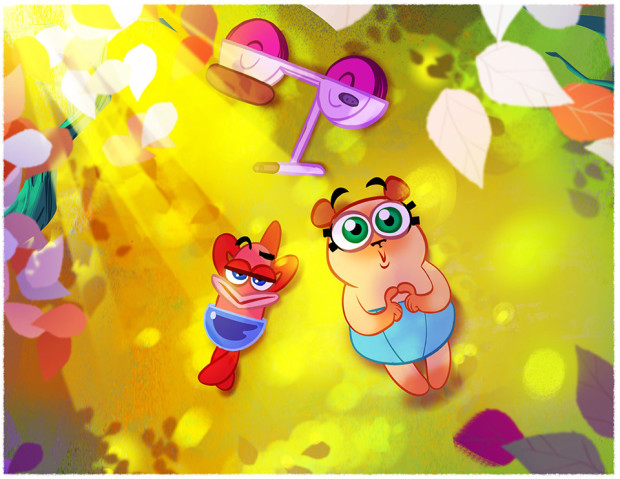 Produced and Distributed by: Gaumont

Synopsis: Max, a malfunctioning bionic guinea pig, and his goldfish buddy, Jean-Claude, escape from their lab into the bustling world of Central Park. Adapting to the urban jungle is no small feat for the pair, who try to fit in with the local wildlife by working as delivery boys.

Stand-out Qualities: Bionic Max is a 2D buddy cartoon comedy based on an exclusive relationship between two very different but lovable buddies:  Max, the first and only prototype for a bionic guinea pig born in a laboratory, and Jean-Claude, a social outcast at the lab because of his decorative status as a goldfish! After their escape, they have to learn how to live in this huge, zany forest metropolis of zany animal inhabitants!

Quick Pitch: “Bionic Max is high-energy, slapstick fun, featuring a zany set of animal characters who consistently end up in absurd and hysterical situation, co-habitating in their own world inside Central Park,” says Nicolas Atlan, Gaumont’s President of Animation, TV and Movies. “Kids will escape into the chaotic madness, laugh out loud, and do what kids should do — have fun!”

Synopsis: Roger is a comedy series set on a tropical island, which centers on the friendship between a playful little girl named Fatou and a clumsy extra-terrestrial called Roger. Fatou and Roger get into a series of situations that often build into full-scale catastrophes, but there is always a happy ending! With the best intentions, they try to solve their problems with the help of their monkey friends, Walter and Junior, and Ludivine and Igor the warthogs.

Quick Pitch: “Roger is an original comedy show for kids ages six and up, illustrated with a vibrant 3D animation style,” says writer/producer Franck Ekinci. “Not only is it a dynamic cartoon, but the character-driven relationships are as important to the show as the visual comedy. The unique visual approach does not appear computerized or cold, but instead is tactile and a smart blend of 2D graphic components and claymation rendering, setting it apart from the animation you typically see.” 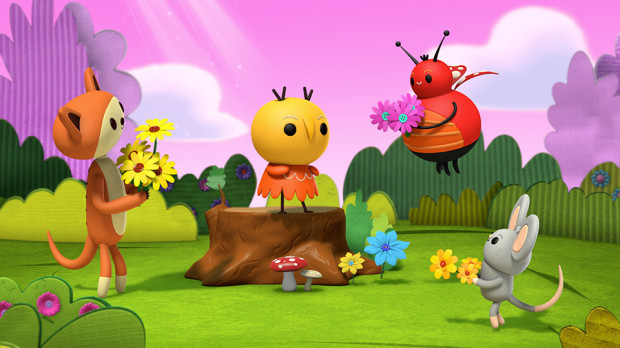 Synopsis: Quiggle is based on ABC Reading Eggs book series written by Katy Pike and illustrated by award-winning toy designer, Nathan Jurevicius.  Quiggle is a funny little orange owl, full of childlike doubt and wonder. Together with her best friends, Quiggle playfully explores a world of wonder in search of answers to questions of a growing mind.

Stand-Out Qualities: Quiggle is based on a book series by Blake eLearning, Australia’s leading publisher of online educational products. The show has a mini-series of interstitials of 8 x 3’ slated for for the Reading Eggs Junior website.

Quick Pitch: “Brain Power Studio Rights is excited to be working with Nathan and Luke Jurevicius of Vishus Productions to bring this adorable property to the world marketplace,” says studio founder and exec producer Beth Stevenson. “Vishus Productions has a great vision to evolve Quiggle into longer form content from the Reading Egg shorts.” 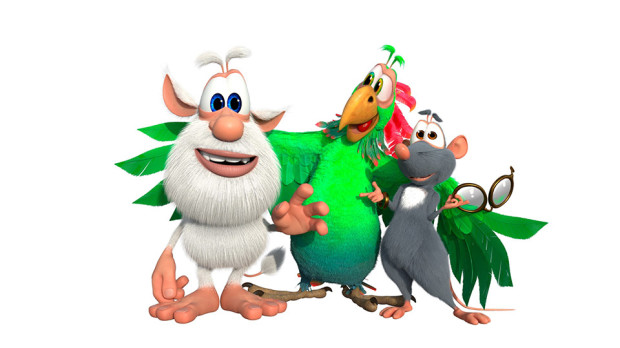 Created and Produced by: 3D Sparrow

Synopsis: Booba is a non-dialogue animated family show particularly interesting to younger children. The series consists of four-minute episodes which are stand-alone stories happening in various locations. Booba is a curious little creature, who is always ready to explore the world around him. In the first season, Booba gets to know Loola the Rat and Googa the Parrot. The gang will also be joined by Soosa the Hedgehog, Dooda the Worm, Scooba the Octopus and Mooma the Cat in their adventures.

Stand-Out Qualitiest: Booba has 1.5 billion views on YouTube; and is ranked the site’s tenthmost-viewed kids’ property.

Quick Pitch: “We are really excited to be able to take this fun and cute series, already a big hit on YouTube, to broadcasters around the world,” says Monster Entertainment’s chairman Andrew Fitzpatrick. “We know that their young viewers will love Booba in the same way as he is loved by kids on You Tube” 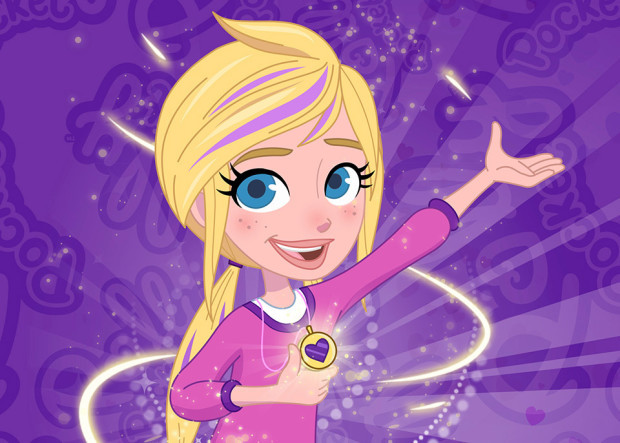 Created by: The original Polly was designed by Chris Wiggs in 1983 for his daughter Kate.

Synopsis: When Polly Pocket inherits a magic locket that allows her to shrink to four inches tall, she embraces her pocket-sized powers and finds the upside of shrinking is big adventures and making a big difference for her and her best friends.

Stand-Out Qualities: Mattel’s original Polly Pocket was a huge phenomenon in the ’90s, selling over 10 million play-set compacts. Now the spunky heroine is back, hoping to inspire girls to be capable, courageous and tenacious in their own lives. The launch will be supported with a 360-degree marketing campaign showing that “Tiny Is Mighty.”

Quick Pitch: Josh Scherba, exec VP of content and distribution at DXH Media says, “Working with our partners Mattel we are able to take established brands such as Polly Pocket and introduce them in an entertaining and original way to a brand new audience and generation. With the new Fireman Sam and Bob the Builder paving the way with their international success, we are confident that Polly Pocket will follow their footsteps and win a legion of new fans.”