“We are proud, and a little bit giddy, to begin production on our new version of the much-loved Muppet Babies,” said Nancy Kanter, EVP of Original Programming and General Manager for Disney Junior Worldwide. “Parents will delight in seeing their favorite Muppets in the mixed animation style they remember from the original series, and kids will be introduced to this warm and zany world made just right for the Disney Junior audience.”

Aimed at kids 4-7, each episode will feature two 11-minute romps designed to impart creative and critical thinking skills by harnessing the power of imaginative play, as the Muppet Babies let their imaginations take them to the farthest corners of the universe. Tom Warburton (The 7D) will executive produce, with Emmy-winner Eric Shaw (SpongeBob SquarePants) on board as story editor.

The return of Muppet Babies was in part sparked by The Muppets Studio’s recognition of nostalgia and fan demand for the Jim Henson cartoon (which ran from 1984-1991) evidenced on digital and social media channels run by DCPI’s Content & Media group.

“Bringing Muppet Babies to Disney Junior is a wonderful opportunity to reach a new generation of viewers and to creatively build on the innovative original series,” said Debbie McClellan, VP of The Muppets Studio. “We hope to engage and delight the nostalgic fans while also entertaining new kids, parents and diverse audiences through heart and humor as only the Muppets can deliver.” 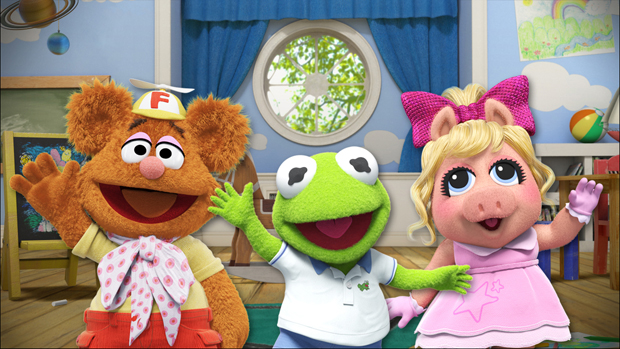