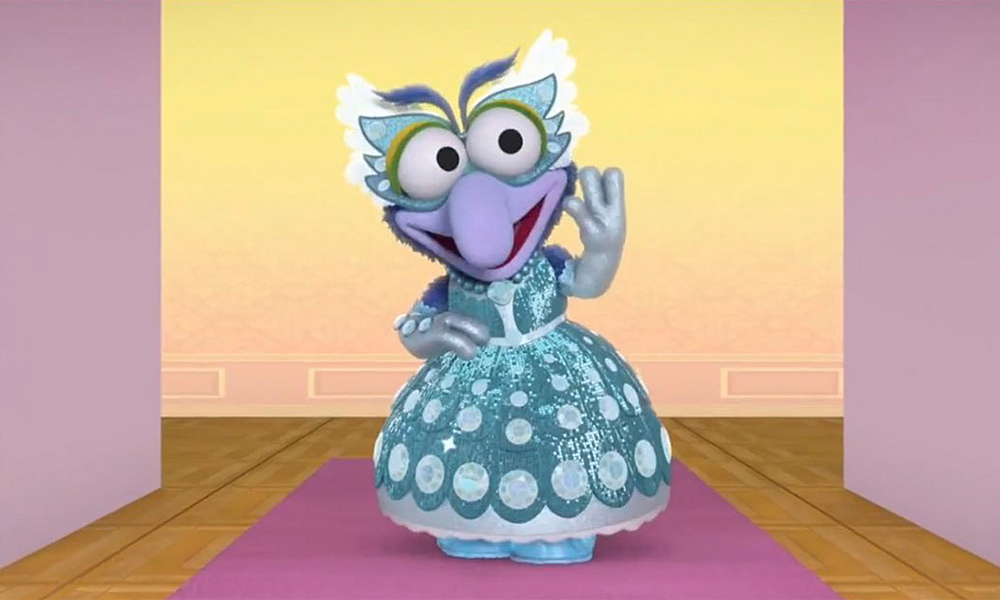 In the episode, Piggy (Melanie Harrison) and Summer (Jessica DiCicco) plan to host a royal ball. Gonzo (Ben Diskin) is thrilled by the beautiful gowns he sees in the girls’ Royal Handbook, exclaiming, “I’d love to wear a dress like that to your royal ball!” But Summer and Piggy tell him that only the girls get to be princesses, and the boys will attend dressed as knights.

Seeing his friend’s heartbreak over not getting to wear the beautiful dress he wants, Rizzo the Fairy RatFather (also voiced by Diskin) gifts Gonzo with a magic gown, mask and the requisite glass slippers so he can go to ball dressed as he wishes, becoming Gonzo-rella!

Muppet Babies executive producer Tom Warburton told D23: “Very early on, we wanted to do an episode where Gonzo just showed up to the Playroom wearing a skirt. And it was no big deal. No one cared or questioned it because Gonzo is always 200% Gonzo 347% of the time. But then story editor/co-producer Robyn Brown and her team wanted to take it a step further and do a Cinderella story based on the idea. And it was just SO wonderfully Gonzo. We hope he inspires kids watching to be 347% of themselves in their own way, too.”

Thinking Gonzo skipped the ball, the other Muppet Babies find him later to tell him all about “the most amazing princess” who left in a mysterious hurry (referred to by Piggy, notably, by the gender-neutral singular “they”). Pulling on the glass slipper, he reveals the truth by transforming into Gonzo-rella before their eyes. Piggy asks, “But Gonzo, why didn’t you tell us?”

“Because you all expected me to look a certain way,” Gonzo answers, taking off the mask. “I don’t want you to be upset with me, but I don’t want to do things just because that’s the way they’ve always been done, either. I want to be me!”

Piggy and Summer apologize for trying to tell him what to wear, all the Babies share their love and support for Gonzo, and quite a few viewers suddenly get caught with something in their eye…

In my eyes, the Muppets represent the ability to be accepting and loving of others, even if they may be a little different. To embrace those who others may shun. 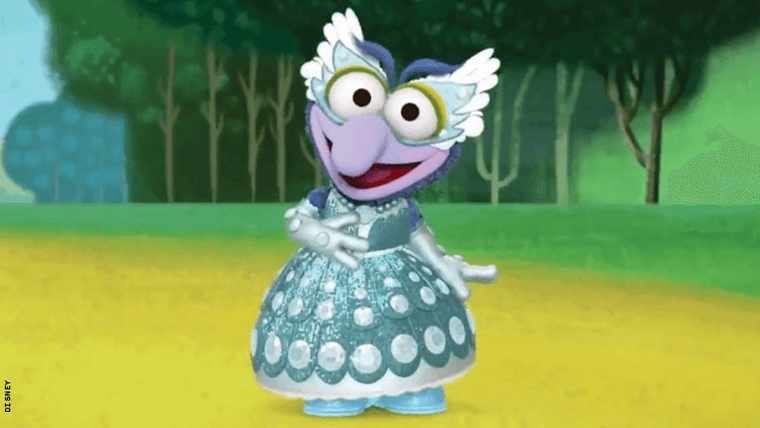