Director Michael Bay has promised fans that the third live-action Transformers movie will go back to basics this summer. Regardless of how the general public responds to the pic, die-hard fans of Hasbro’s 27-year-old toy franchise are ready to embrace the cool new CG-animated series based on the property, which will debut on The Hub this month.

Margaret Loesch, The Hub’s founding CEO, who was also the exec producer of the original series in the 1980s, says audiences are really going to get a kick out of this new incarnation of the giant robots. “We did a fine job in the ’80s, but the new series has truly superior storytelling,” says the well-respected toon veteran. “We have more time and experience, and I think the storytelling really pops in this up. The human characters are more interesting in the new show. The third quality that stands out is the high level of the CG animation. The team at Polygon Pictures in Japan has done a really wonderful job.” 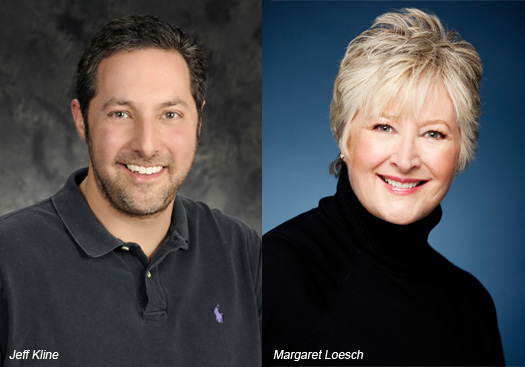 In Transformers Prime, Autobots and their human teen allies are awaiting the return of Megatron who has been missing from Earth for three years and is planning to defeat the Autobots with his possession of Dark Energon. “The level of depth of mythology that exists about this world is pretty amazing,” says the show’s exec producer Jeff Kline. “When I first signed on to do the show, Hasbro dropped a 300-page ‘Mythology of Transformers’ book on my desk, which I found horrifying and incredibly challenging in a good way. The key question is, how do you service and honor all this stuff before you and put your own stamp on it at the same time?”

Kline, who has worked on numerous animated shows throughout his career, including Men in Black: The Series, Dragon Tales and My Friends Tigger and Pooh, says he welcomed the chance to really dig into the relationships and back stories of the characters in the animated show. “A lot of people will be coming to our show whose point of reference is going to be the movies, but we tell our own stories. Our goal was to focus on the most interesting characters. The central idea is to zero in on a group of characters that are stuck on a planet that is not their home—they are really men and women without a country, and that lends a lot of gravitas to the story.” 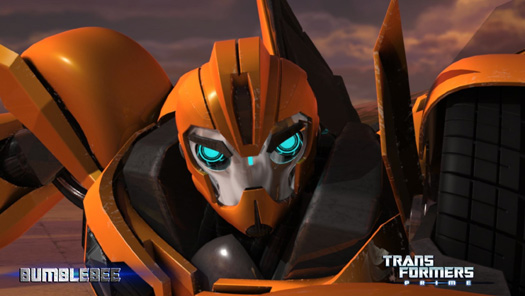 Both Loesch and Kline observe that the property owes a lot of its appeal to its lead hero, Optimus Prime, and the complexity of the villain, Megatron. “Optimus is a fantastic leader, devoted to doing what’s right, like all the classic superheroes,” notes Loesch. “Superman can fly and Spider-Man can crawl walls and sling web.  Transformers has that classic good vs. evil theme, but there’s also the fact that they can transform themselves. There’s something fundamentally appealing about characters that transform, become powerful and save the world.” 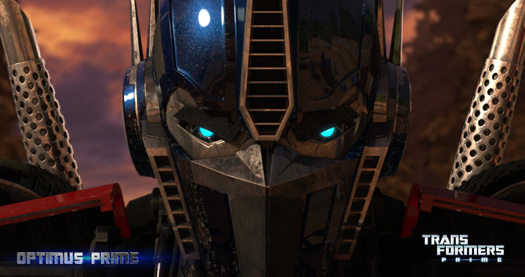 Kline, who was contacted by producers Alex Kurtzman and Bob Orci in 2008 to oversea the show, says Transformers Prime is by far the most complicated CG-animated series on which he has worked. “We had just under one year to deliver the five-part mini-series that kicks off the show,” he recalls. “My job was to lure the most talented people I knew and to find a true partner studio, which I did with Polygon in Tokyo, with whom I had worked before on Disney’s My Friends Tigger and Pooh. We do all scripting, recording, design, boarding and color here, and overseas takes over the rigging and building in Maya. There’s constant communication back and forth. On a show like this, time is one of our biggest challenges.” 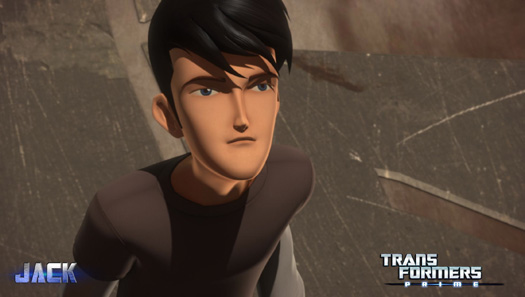 Kline also says that he and his team treat each episode of the show as a major live-action movie. “The writing is a driving force and we really visualize it as a live-action film—we use the sets, the camera angles, all of the different elements as if we were shooting a big-budget picture,” says Kline. “I believe that we are living in the golden age of TV animation. Yes, there are fewer places to take your show, compared to 20 years ago when I first started working on Sony’s Jumanji. But there is more intelligent, hysterical, weird, creative, visually stunning and just odd animation out there than ever before!”

Transformers Prime premieres on February 11 at 6:30 p.m. on The Hub.

You may also like...
Related Topics:Jeff Kline, Margaret Loesch, The Hub, Transformers Prime