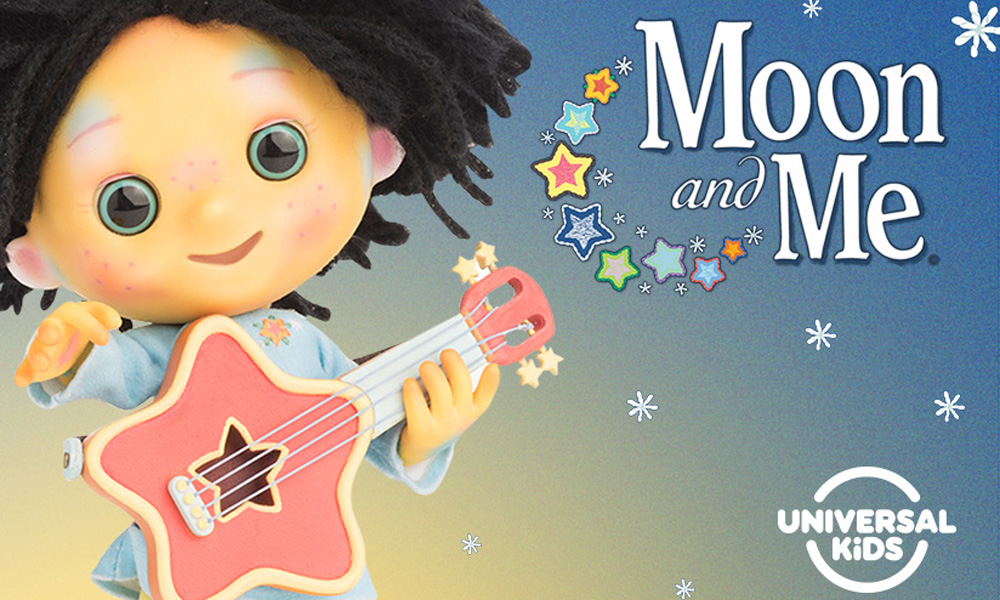 Moon and Me, the latest series from acclaimed kids’ series creator Andrew Davenport (Teletubbies, In the Night Garden) will make its U.S. television debut on Universal Kids on Monday, May 20 at 8 a.m.

The series centers on a magical toy, Pepi Nana, who lives in a Toy House with a family of comical toy friends, and the adventures they all share with a magical visitor, Moon Baby. The series is narrated by Nina Sosanya (Killing Eve, Love Actually), and the debut episode will feature a special song from Michael Bublé.

Built on child development principles and real children’s play behaviors, Moon and Me fosters imagination and storytelling. The show breaks new ground in its technical and visual ambition, using sophisticated puppetry and stop-motion animation to bring the colorful Moon and Me world to life for today’s preschoolers and their innate curiosity.

Produced by Davenport’s Foundling Bird banner and Sutikki (Bento Box’s kids division), the show made its world premiere on CBeebies in the U.K. and has global licensing partnerships with Hasbro (toys) and Scholastic (publishing).