Pacific Animation Partners has announced that Monsuno, its boys’ action animated series created as a joint venture with JAKKS Pacific and Dentsu Entertainment USA, will be premiering on Japan’s TV Tokyo in October of this year. TV Tokyo is a major anime network in the country.

“Dentsu is very excited to announce the launch of Monsuno on TV TOKYO this fall,” said Yuma Sakata, President, Dentsu Entertainment USA, Inc. “Having a USA developed series air on one of the top destinations for animation programming is a great accomplishment and a testament to the global appeal of Monsuno.”

Monsuno (52 x 30) targets the boys 6-11 demo with an action-adventure story where kids discover, command and battle creatures with destructive potential. A race to harness the power of Monsuno ensues between a group of heroic kids and the forces of evil. The show is set to roll out in over 60 countries on Nickelodeon and free-to-air channels this fall. The series is co-produced by Pacific Animation Partners, a joint venture between JAKKS Pacific (property creator; master toymaker) and Dentsu Ent. with FremantleMedia Enterprises and The Topps Company (trading cards). 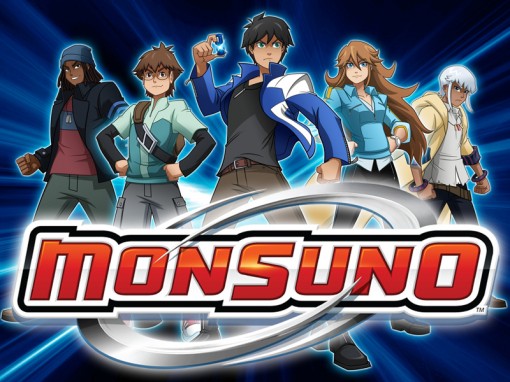