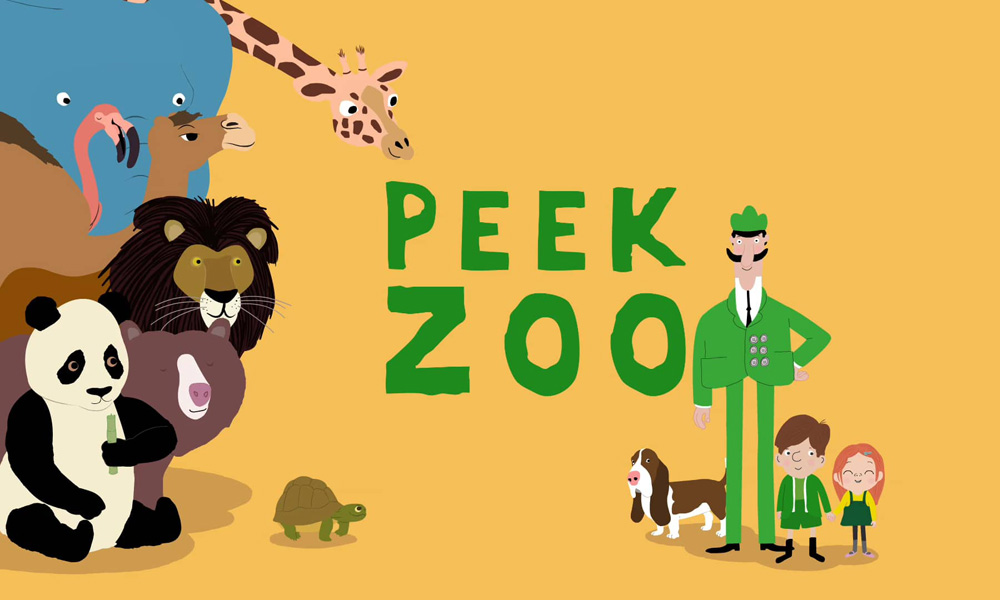 KiKa has acquired German Free TV broadcast rights from Monster Entertainment to new animated series, Peek Zoo. Based on a series of best-selling books, published in 17 countries by Templar Publishing/Candlewick Press and a number of other international publishers, the 26 x 7; series for 4-8 year olds was produced by Igloo Films in Ireland.

SEbastian Debertin, Head of Acquisitions & Co-Productions for ARD/ZDF KiKA, said, “Peek Zoo is a truly charming and funny series that will entertain the KiKA audience with its good portion of humor, while its great narration is offering many surprising twists!”

The series was commissioned by RTÉ and has previously been picked up by SRF in Switzerland, YLE in Finland, Fauna in Turkey for worldwide digital rights in the Turkish language and Azoomee in the United Kingdom; a number of other sales are under negotiation.

In the fun-filled world of Peek Zoo, every day is an adventure. With a warm and engaging cast of characters, humans and animals embark on a series of hilarious adventures that will make children laugh, think, and learn, with problems to solve and mysteries to unravel. Children will be enthralled by the exploits and escapades of the hapless but heart-warming Mr. Peek. Each episode is a day in the life of proprietor and zookeeper Mr. Peek, his children Jimmy and Violet, and a dazzling array of different and exciting animals.

“We’re delighted that Peek Zoo will be broadcast by KiKa, the No.1 destination for children in Germany,” commented Monster Entertainment chairman Andrew Fitzpatrick.