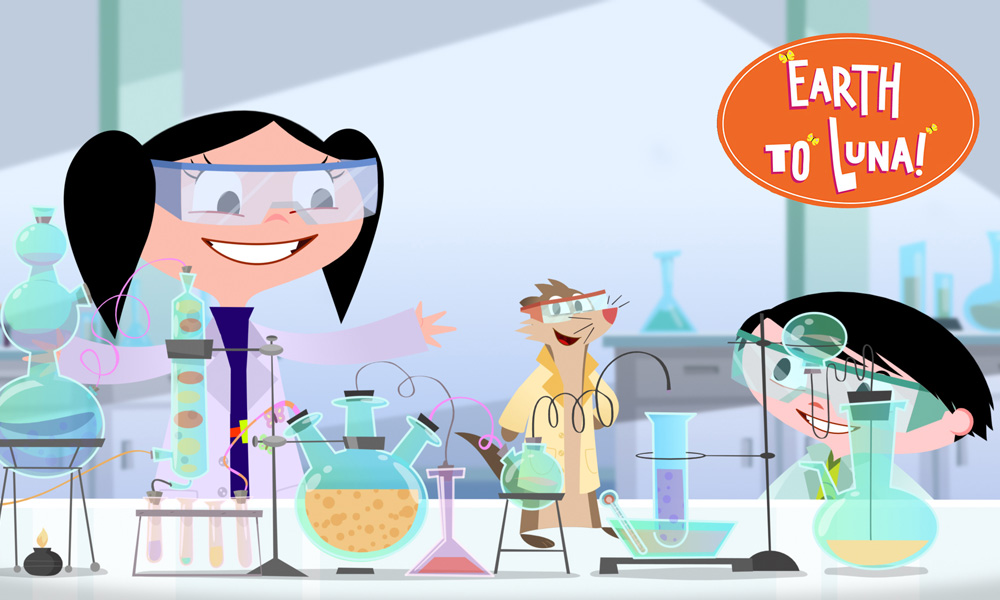 Monster Entertainment has signed a raft of deals for their science-based children’s series, animated TV PinGuim show Earth to Luna! and live-action LAB-Ra-Kazam.

The series has a total of 104 episodes over four seasons, with a fifth season in production and a sixth one planned. Previous broadcast sales have included CJENM Korea, ČESKÁ Czech Republic, TG4 Ireland, Discovery MENA, Discovery Latin America, Netflix and Sprout.

Earth to Luna! follows Luna, a six-year-old girl who is completely, undeniably and passionately into just one thing: science! Each episode finds Luna, her little brother, Jupiter and her pet ferret, Clyde in search of answers to their many questions. It was created by TV PinGuim, an animation company based in Brazil, founded in 1989. TV PinGuim is known for the creation and development of targeted education cartoons for children, with use of 2D, 3D and stop motion animation. The company initially began producing shorts for education channels, and since 2009 has been developing television series.

LAB-Ra-Kazam (26 x 12’; Kids 6-11) has recently been acquired by PCCW Media Limited for SVOD rights in Hong Kong and Macao and by beJunior for PayTV and VOD rights in MENA. The live-action show starring Dr. Jeff “The Dancing Scientist” and his young assistants premiered in the U.S. on GenerationGenius.com, a new subscription streaming platform made in partnership with the National Science Teachers Association.