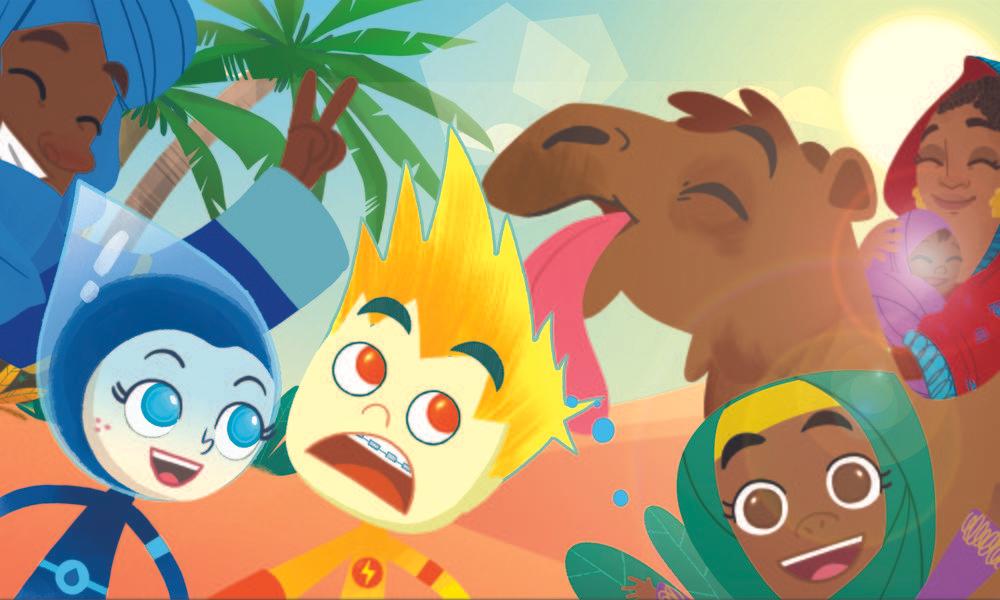 An exciting animated eco-adventure will begin with a special sneak-preview next month, as Mondo TV’s highly original MeteoHeroes makes its world premiere in Italy — accompanied by a major marketing campaign and a fast-growing list of licensees. The new children’s series from one of Europe’s leading animation companies follows six kids who use their superpowers to protect the planet from extreme weather events and pollution, and will launch with four early episodes on April 22 on Boing SpA’s free-to-air channel, Cartoonito.

The premiere date was carefully chosen to coincide with the 50th anniversary of Earth Day. Four episodes will be specially premiered at evening prime time (beginning between 7:30 p.m. and 8 p.m.) during the celebration. Viewers will be able to hear the MeteoHeroes theme song for the very first time, which is performed by Italian celebrity Francesco Facchinetti, former DJ, producer, singer, musician, TV presenter, radio host, actor and businessman.

“The arrival of MeteoHeroes on Cartoonito is a major statement about the quality, originality and potential of this new series,” said Matteo Corradi, Mondo TV CEO. “We think the time is right for a show that addresses important issues in an engaging, exciting way that boys and girls everywhere will love – and this is it. There really isn’t anything like MeteoHeroes on TV anywhere.”

The premiere will be accompanied by a major media campaign during which the stars of MeteoHeroes will play their roles as ambassadors in the fight to protect our planet.

The series will have a full launch in June, when the four opening episodes will air again, followed by 14 brand-new episodes, further building brand momentum ahead of the launch of new episodes in October, when previous episodes will begin a second run.

MeteoHeroes, a Mondo TV co-production with Meteo Expert Center, a leading Italian weather forecasting group with a strong international reputation, addresses issues like climate change, ecology and respect for nature through the amazing adventures of six superpowered children. It’s an important message, but it’s delivered in a fun, engaging way in a series full of action and comedy that helps young viewers understand the issues and how they can help the planet through the adventures of six extraordinary kids.

“MeteoHeroes perfectly balances action, humour and superb design with some genuinely fascinating insights into the weather, how it works, and how our actions can affect it. It’s great entertainment that has something really important to say about climate change and about the global issue of pollution and we’re very proud to have helped to bring it to the screen. I am sure that children everywhere will love it – and so will parents!” said Luigi Latini, CEO, Meteo Expert Center – IconaMeteo, creator and executive producer of MeteoHeroes.

The values of sustainability and respect for the environment will be reflected in the show’s carefully devised licensing program, which has attracted a number of major partners — along with all the excitement, fun and great characters central to the show’s appeal. The first licensed products will debut on shelves by October 2020.

Giunti has been licensed to produce books and activity books, while Playpress plans a magic book and coloring and activity books for the newsstand channel. Mondadori is on board for a monthly magazine – featuring MeteoHeroes-inspired gadgets. Eu.Promotions will be handling the loyalty promotion category. Ravensburger will be producing puzzles and memory games. Among other categories, home video will be handled by Koch Media, and Kimbe will organize shopping mall events as the licensee of costume characters for meet-and-greet activities. Many other negotiations are ongoing or completed, including a range of Easter eggs for 2021.

Products inspired by the show will reflect its positive message. They will be designed and developed in compliance with sustainable best practices using recyclable materials. The licensing program will also commit to a reduced carbon footprint with tangible zero-impact campaigns.

Supporting marketing activities will include a starring role for the MeteoHeroes in Globo WePlanet, an initiative organized by the Mondadori group and Mediamond with the support of a number of local authorities including the Municipality of Milan. It’s an open-air, interactive exhibition of contemporary art and design focusing on sustainable development, with the aim of raising awareness among people and businesses of sustainability issues across the world. The six MeteoHeroes will even feature in a dedicated human-sized globe installed in downtown Milan from June to September, accompanied by an augmented reality element. If you point your smartphone at the globe, you will be taken to a page that offers information on the project and the artist who made it.

Many more digital initiatives are planned, leveraging the multi-tasking skills of the tech-savvy and environmentally aware kids that are MeteoHeroes’ main target audience. 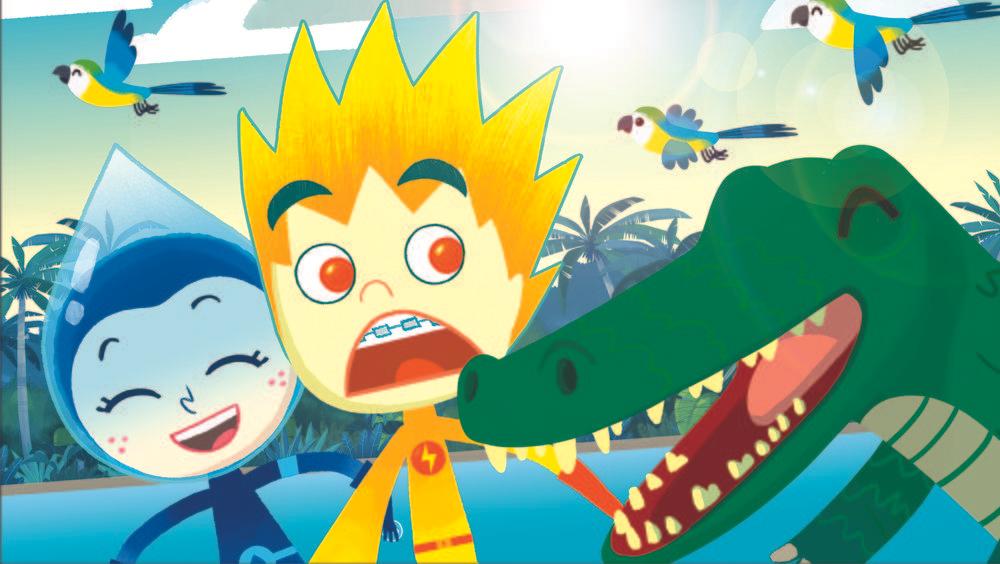