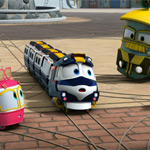 European animation producer-distributor Mondo TV has scored a first deal for its new kids’ 3D CG action-adventure Robot Trains in Italy. Produced by South Korea’s CJ E&M, the 32 x 11-min. series will air daily on pay TV channel DeA Junior via Sky, beginning September 4. Mondo handles distribution and licensing for the property in a number of European territories (including Italy and Iberia), the Middle East, Africa and the Pacific.

“Robot Trains is a thrilling, funny and beautifully designed show with an obvious appeal to a pre-school audience,” said Matteo Corradi, CEO of Mondo TV. “I am looking forward to Robot Trains repeating its Korean success in Italy — and many more territories!”

The show is set in Train World, where all the citizens are trains. However, a select few among them are special rains which can transform into robots to embark on exciting missions. Robot Trains has become a hit in Korea, with a strong licensing program covering toys, publishing, home good, back to school, etc. A second season has been announced, for which Mondo TV Suisse will be a co-producer as well as licensing and distribution partner.

“The arrival of Robot Trains in the European market is a cause for celebration. I am sure that this exciting and engaging show, which has been so popular in its home market, will enjoy even more success — both in Europe and beyond,” commented CJ E&M’s VP, Hyunil Park. 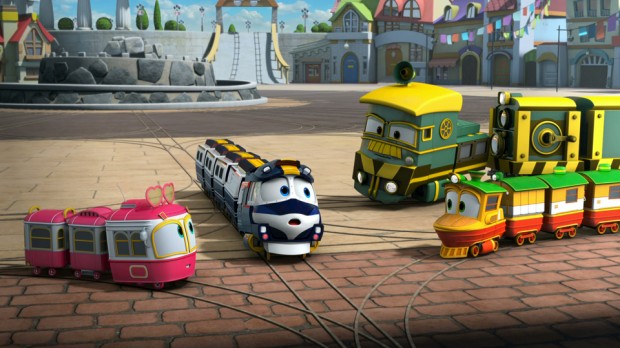