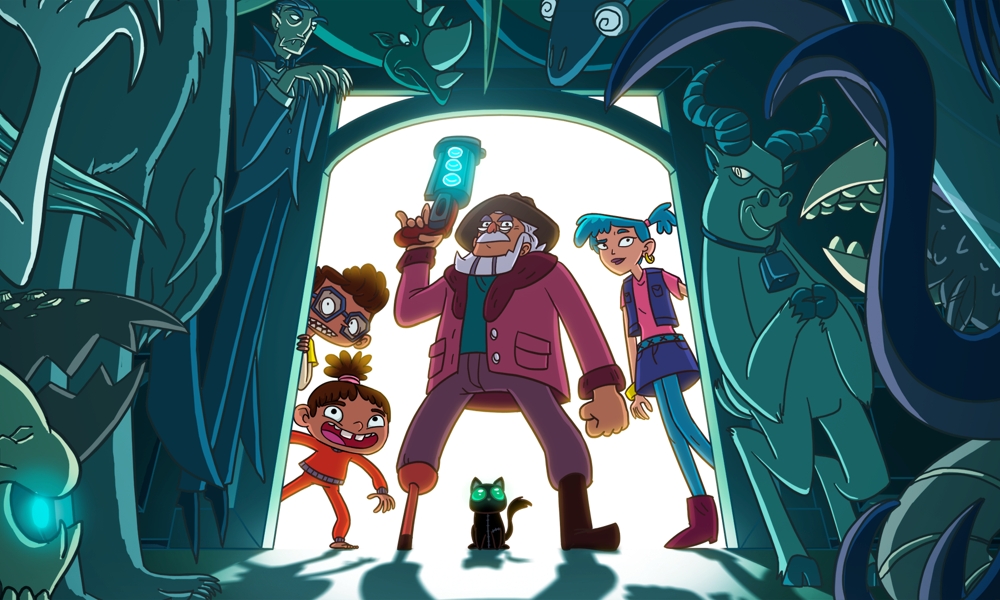 Mondo TV, one of the largest European producers and distributors of animated content, and Toon2Tango, the kids’ and family entertainment venture headed up by long-time television and movie industry experts Ulli Stoef and Jo Daris, have announced a major new co-production agreement as part of their ongoing strategic agreement: Along with Ja Film and Ginger Pictures, Mondo TV and Toon2Tango are joining forces for Monster Loving Maniacs, an animated 52 x 11’ gender-neutral adventure-comedy in classic 2D for six- to nine-year olds.

Ja Film is a full-service award-winning production company specialized in animation, visual effects and motion graphics. Co-producer Ginger Pictures is a Benelux-based production house emphasizing new and bold ideas with a strong development team of young talents and experienced executives. Mondo TV, which has acquired a 20 percent stake in the series, will jointly distribute the show worldwide with Toon2Tango.

The first season is currently in production and has already been presold to SUPER RTL, a major free-to-air broadcaster in Germany, and to leading broadcasters in Scandinavia. Many other territories are in advanced negotiations. With a strong advance buzz from the market already, Mondo TV and Toon2Tango have strengthened their collaboration.

Monster Loving Maniacs follows the adventures of three kids who are being trained as monster hunters by their tough old grandfather. The only problem is that Edith, Ernest and Bo are massive, all-knowing horror fans. They love dangerous paranormal creatures and want to protect them – and take selfies with them if possible! Grandpa Arthur, however, prefers to capture monsters and keep them in suspended animation in a prison in his basement, so he and the kids don’t always see eye to eye…

There’s fun, excitement and humor as well as bigger themes, like families, relationships and coping with our fears, but all delivered with wit, energy and stylish, skilled animation. And – of course – there are lots and lots of monsters. Power-sucking energy birds, huge mountain creatures, ghosts, werewolves, sorcerers and vampires – they’re all there!

Monster Loving Maniacs is one of a number of high-quality projects on which Mondo and Toon2Tango have been collaborating. The alliance will focus on developing, producing and distributing unique and high-quality programs with strong merchandise appeal. In fact, Toon2Tango and Mondo TV Group will develop at least eight new animated TV series in the next four years.

Matteo Corradi, Mondo TV President & CEO, said, “Monster Loving Maniacs has a brilliant team of writers, actors and producers behind it and its winning combination of comedy, fantasy and spooky thrills has really struck a chord with broadcasters. This is one of the first productions in our collaboration with Toon2Tango and a sign of great things ahead.”

Ulli Stoef, Founder, CEO and Executive Producer of Toon2Tango, added, “Our collaboration with Mondo TV brings together a vast amount of experience and expertise in producing great kids’ TV – and Monster Loving Maniacs is a wonderful addition to the superb portfolios of both companies. It’s funny, thrilling and full of wild characters and great storylines. We’re certain kids will love it.”