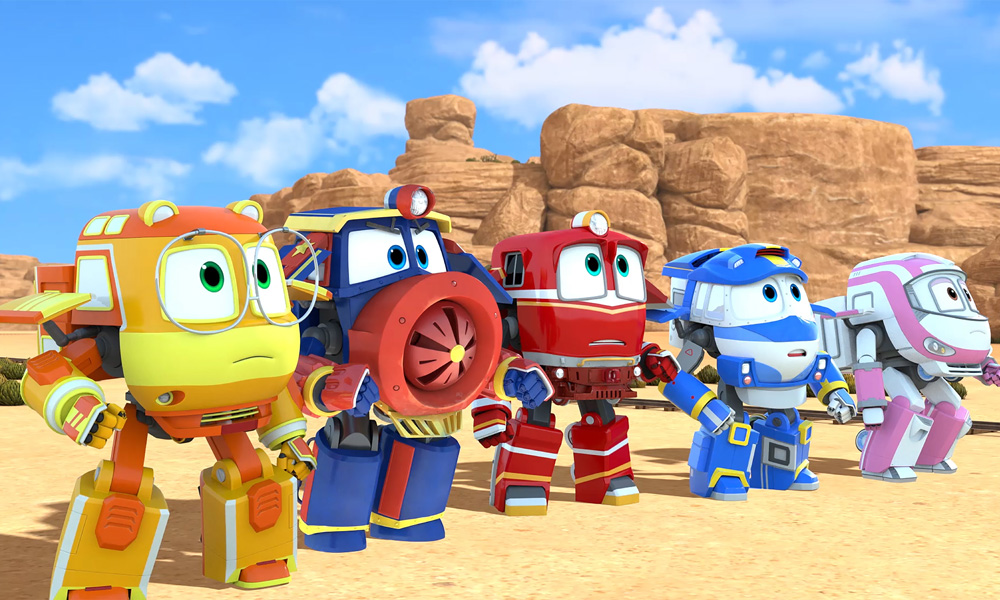 It looks like Italy’s Mondo TV Group is bringing a full slate to the MIPCOM market next week. Micheline Azoury, head of acquisitions & TV sales, discusses her company’s growing portfolio of properties and explains why partnerships are making a larger-than-ever contribution to Mondo’s output.

Azoury describes the past few months working on her company’s animated portfolio, with some understatement, as “busy.” She notes, “Some projects are near to launch, others about to extend markets or add new series — and 2020 will see a highly innovative new animation about kids who can control the weather!” 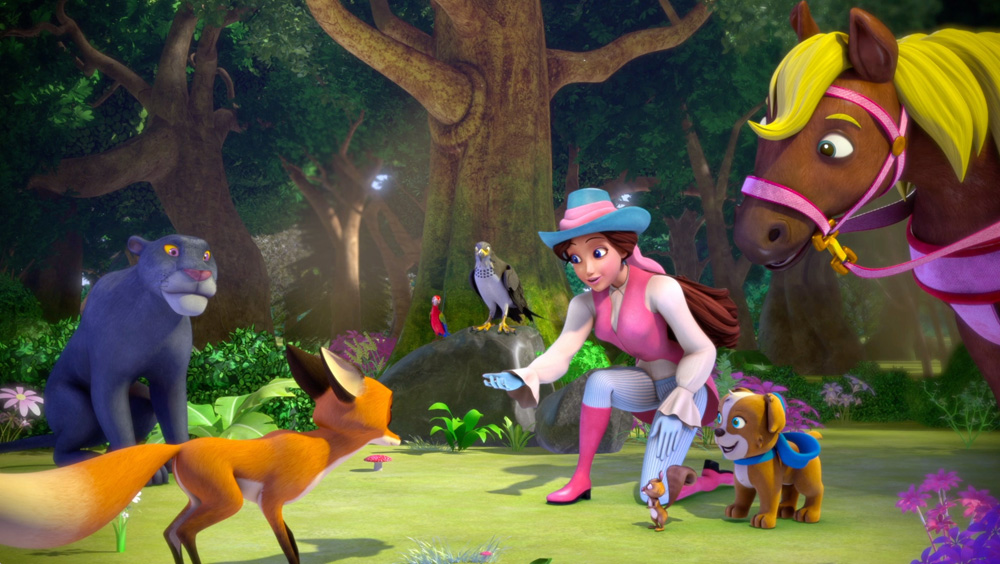 One of 2019’s big launches is Invention Story, a co-production from Mondo TV and China’s Henan York Animation that arrives in a number of territories next year and which, typically for a company that prefers not to repeat itself, is very different from recent hits like the action-adventure focused Robot Trains or the romance and magic of Sissi the Young Empress. 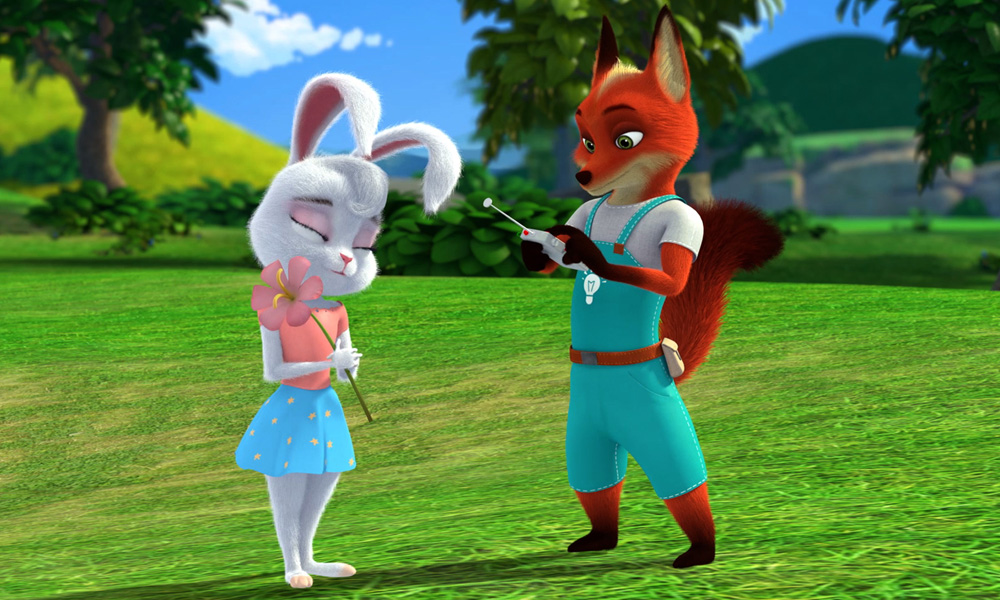 Invention Story is a 3D CGI 104 x 11’ series with a promising premise. It’s the tale of Kit, a clever fox who, in each episode, comes up with a new invention. His adopted home, Carrot Town, is home to a population of rabbits, most of whom admire Kit. A few, however, are envious of his abilities and want to stop him — or steal his ideas. They include the mayor, who has only one big invention to his name. Kit, by contrast, can’t stop inventing. He also tends to be a touch undisciplined, which can sometimes lead to hilarious accidents and silly situations. But he does learn — and so does his audience.

Azoury says that is what makes this show different. Yes there are plots, conflicts and rivalries as well as funny, eccentric and engaging characters and places — but this show also offers four- to seven-year olds an insight into the world of science. It’s a great idea for a show, but it’s also an opportunity. At a time when most new broadcast properties for kids must have a merchandising hook, it’s an interesting prospect for licensing of both play and learning-related items.

All of which decided for Mondo TV and Henan York that the fox and his friends should be a long-term investment. This is series one of five — each of them 104 episodes in length — guaranteeing plenty of content for broadcasters and viewers but also giving licensing and retail the confidence to invest in the brand.

Mondo has many other plans for next year as well as shows planned much further down the line. Soon to appear is a third series of Sissi the Young Empress, the animated adventures of the free-spirited empress who resists etiquette and the duties of the court to follow her heart. This CG-animated version completely renews the content and format. Also on the way is series two of Robot Trains (52 x 11’), co-produced with Korea’s CJ E&M, which introduces a number of new characters and themes. There’s even more big news in the shape of YooHoo to the Rescue (52 x 11’), as Netflix plans a worldwide Netflix Original Series spring 2019 release of the environmentally-focused adventures, co-produced by Mondo TV and Aurora World of Korea.

Further ahead is MeteoHeroes, the newest addition to Mondo TV’s roster. Announced this summer, it’s a Mondo TV co-production with MOPI (Meteo Operations Italia — better known to the public as the Epson Weather Centre), of a new TV series that will consist of 52 episodes of seven minutes each. It is scheduled to launch in spring 2020.

Azoury explains: “The show addresses issues like climate change, ecology and respect for nature through the amazing adventures of six children who transform into superheroes with power over the weather.”

It’s also worth noting that as well as its core animation offerings, Mondo TV is planning more live-action programming, including series two of Heidi Bienvenida, its very first live-action show ( a Mondo TV Iberoamerica and Alianzas Producciones co-production). The series follows the adventures of a happy, carefree girl who leaves her beloved mountain home to live in the big city, and has already enjoyed great success in Latin America and Italy.

Azoury adds: “There’s another new series on the way that is also largely live action, although it will use CGI effects. That’s about all we can reveal before the launch at MIPCOM!”

So what does Azoury think of the state of animation worldwide? Healthy but challenging, is her assessment. She says, “More than ever, a successful animated show is not just about quality and originality but partnerships, distribution and long-term licensing support. We have made strong moves into all three areas, establishing successful production partnerships with companies from Korea, China and Latin America, to name only three, developing a very strong distribution network, and building licensing programs in multiple territories, on our own or with agents.”

She adds: “Our own business is, of course, still expanding. But successful partnerships are a strong reason for that — and more are planned.” 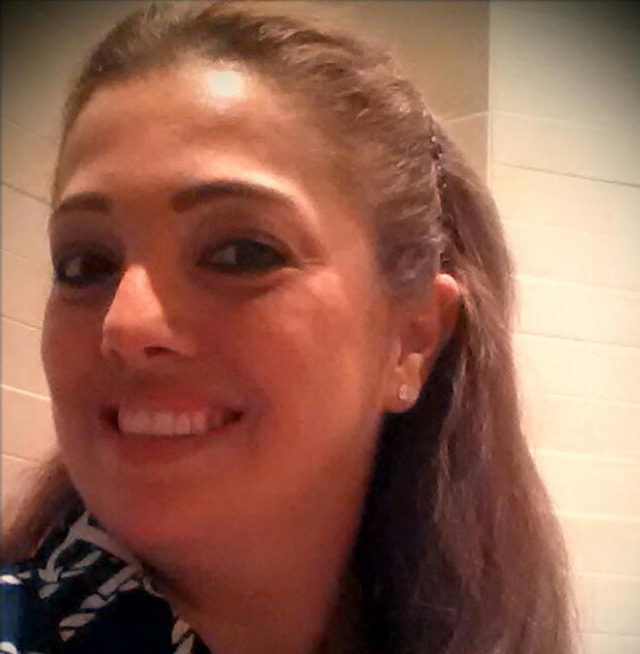