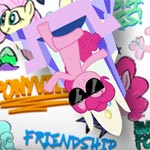 Hasbro Studios and Discovery Family are bringing the funk for a super cute new My Little Pony: Friendship Is Magic spoof inspired by the ‘90s sitcom The Fresh Prince of Bel-Air. The video launched on the MLP Facebook page in anticipation of the debut of season 7 of the hit animated series, premiereing Saturday, April 15 at 11:30 a.m. on Discovery Family.

Check out the video below and feel free to sing along!

“The Fresh Princess of Friendship” Lyrics

Now this is a story and it’s not even tragic
about how we all learned that friendship is magic.
And I wanna make sure that there’s nothing I skip
When I’ll tell you how I came to know the Princess of Friendship…
In western Equestria, born and raised,
on the rock farm is where I spent most of my days.
But Ponyville’s where Twilight Sparkle met me,
Applejack, Rainbow Dash, Fluttershy, and Rarity.
She wrote one little letter sent to Celestia,
who said, “It’s the friends you have made that have saved Equestria.”
She’s even traveled through time so try not to get weirded
when I tell you that she met Starswirl the Bearded!
She’s got wings and a castle, so don’t even trip
She’s Twilight Sparkle, the Princess of Friendship! 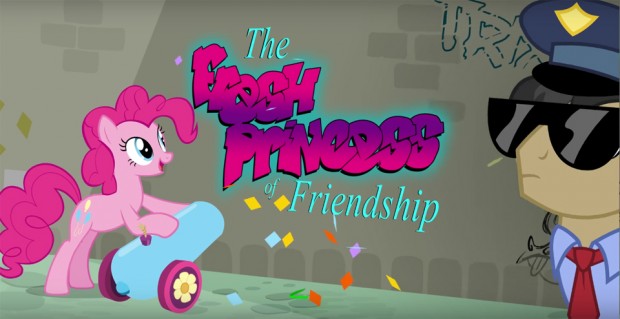 You may also like...
Related Topics:Discovery Family, Hasbro Studios, MLP, My Little Pony: Friendship is Magic, The Fresh Prince of Bel Air