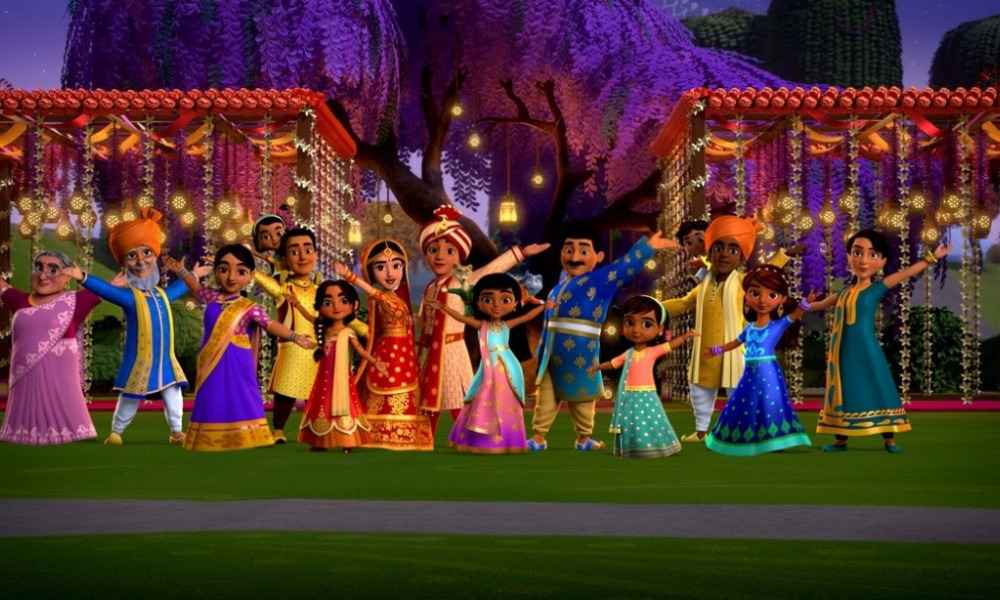 Acclaimed animated preschool series Mira, Royal Detective will culminate with four extended-length specials that celebrate Bollywood music and dancing, while also familiarizing young viewers with different perspectives and critical thinking. The specials will be presented beginning May 2 through June 20 on Disney Junior. The series is also available on Disney+.

Since its premiere in March 2020 and for more than 100 stories, Mira, Royal Detective has highlighted the rich, diverse cultures of India. Each episode centers on the clever heroine Mira and her friends, including her sleuthing mongoose sidekicks Mikku and Chikku, as they help others by solving mysteries in their kingdom community of Jalpur. Among the show’s milestones are holiday episodes centered on Holi and Diwali and an Eid al-Fitr episode.

“These specials bring Bollywood dance, a genre that I love deeply, front and center for kids and their entire families, too,” said Mahajan. “This show gave me the chance to proudly showcase so many styles of dance, including Kathak, which I never thought I would see on American TV, and it’s icing on the cake to now focus entirely on Bollywood dance.”

Mira, Royal Detective is executive produced by Sascha Paladino (Miles from Tomorrowland), developed by story editor and co-producer Becca Topol (Elena of Avalor), with IW Group’s Shagorika Ghosh Perkins serving as cultural consultant and consulting producer. It is a production of Wild Canary in association with Disney Junior, with animation by Technicolor India.

“I speak for everyone who made this show when I say it’s been a joyful and rewarding experience to be part of a series that highlights South Asian culture in such a bold and beautiful way,” Ghosh commented. “We’re so proud of its contribution to the cultural landscape and what it offers a generation of young children.”

The schedule for the four specials is:

Mira, Royal Detective was recently nominated for a National Association for Multi-Ethnicity in Communications (NAMIC) Vision Award that recognizes diverse, inclusive programming in all its forms. It was also nominated for Annie Awards, recognizing its original music written by songwriters Matthew Tishler and Jeannie Lurie and composer Amritha Vaz. Vaz was also nominated for an ASCAP Film and Television Music Award for the series’ score.

The Mira character debuted at Disney Parks in October 2020 and, in May 2021, led the Disney Junior Stars Motorcade at Disney’s Hollywood Studios in Florida. Mira will also make a special appearance during the upcoming Disney Junior Fun Fest taking place at Disney California Adventure Park on April 29. Extensions of Mira, Royal Detective include storybooks, picture books and early reader books from Disney Press; soundtracks from Walt Disney Records; a DVD from Walt Disney Studios; apparel and accessories from shopDisney.com; and a licensed product line from Just Play, including dolls, plush and role-play toys available at major retailers.