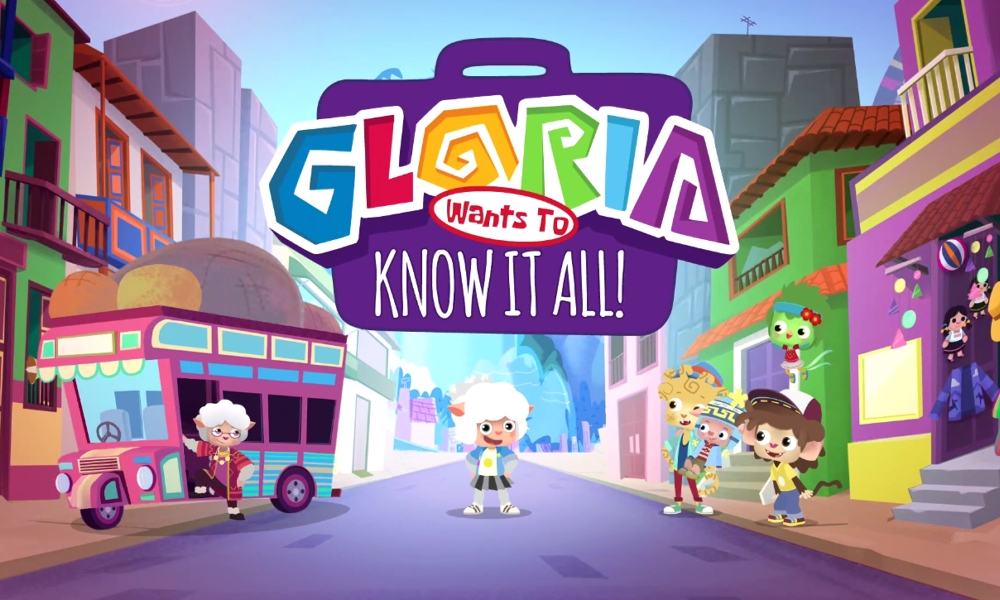 Gloria Wants to Know It All

VIS, a division of ViacomCBS, and March Anthony’s Magnus Studios announced a new live-action co-production, Liked, and revealed the trailer for the highly anticipated animated series Gloria Wants to Know It All during Digital MIPTV.

Renowned singer, songwriter, TV and music producer Marc Anthony joined JC Acosta, President of ViacomCBS International Studios & Networks Americas, during the keynote conversation, “Behind the Curtain — A Conversation with Marc Anthony,” which went live today. The projects are being developed through a partnership between VIS and Magnus Studios.

“Our continued partnership with Magnus Studios and a talented artist like Marc is a testament to our studio’s commitment to telling compelling, unique stories that resonate with audiences around the world. We couldn’t be more excited to announce Liked, and give fans a sneak peek of Gloria Wants to Know It All,” said Acosta.

Anthony added, “We are very excited and it is an honor to have the opportunity to work with ViacomCBS International Studios on these projects that means so much to us and to share with the world stories that bring to light our culture.”

Gloria Wants to Know It All is an animated series developed and produced by VIS, Magnus Studios, Juan José Campanella’s Mundoloco Animation Studios, and Laguno Media Inc. The show follows an eight-year-old alpaca from the big city, whose adventure begins when she goes to spend time at her grandfather’s house in Pueblo Lanugo. This small town embodies the richness of the Latin American culture where there is very much to learn. Gloria learns about her culture and the different things that make her who she is.

Created by Carla Curiel, Roberto Castro, Felipe Pimiento and Gaston Gorali and written by Doreen Spicer, Maria Escobedo and Diego Labat, the series will feature the music of Marc Anthony, who will work as both executive producer and executive music producer of the series.

Newly announced Liked is a comedy about a millennial obsessed with getting likes to become a social media sensation. She even goes as far as publishing lies about herself to gain fame with her fans, without knowing that her reputation will turn upside down when she tries to come clean to her followers. The series is written and directed by the award-winning director Gabriela Tagliavini (Cómo romper con tu idiota y Ladies Night, The Woman Every Man Wants, Border Run, Sin Hombres).

Learn more about VIS at www.viacominternationalstudios.com.

You may also like...
Related Topics:featured, Gloria Wants to Know It All
Geographic Region:Worldwide