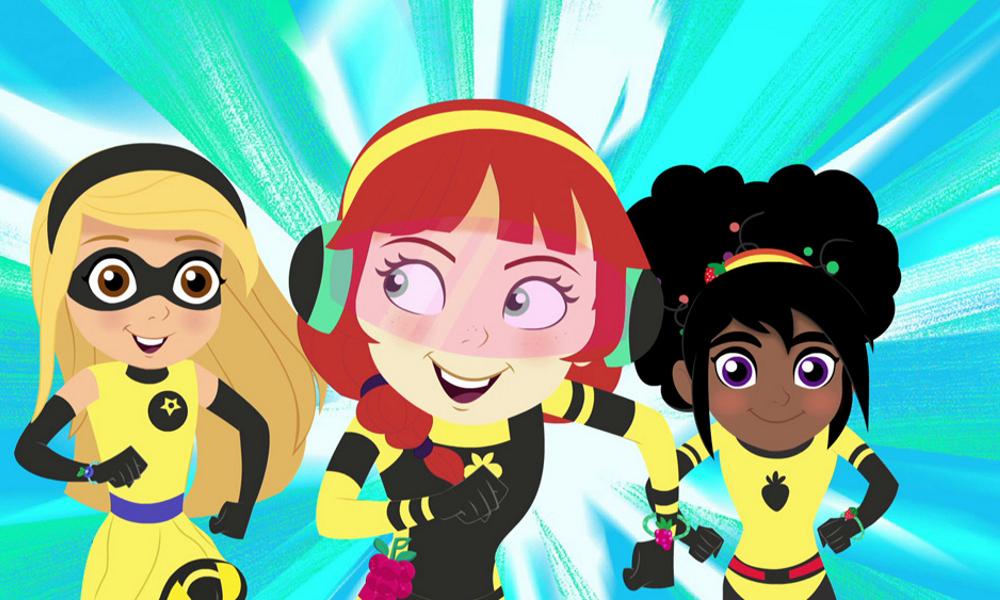 Atlantyca Entertainment has secured multiple sales deals for some of its popular animated series. New licenses include Norway’s NRK, renewing the second season of flagship property Geronimo Stilton and acquiring season 3. MTVA (Hungary) has renewed the first two seasons of the series and picked-up the third season as well.

In addition, the Atlantyca’s new fun-filled spy action series, Berry Bees, premiered this fall in Central and Eastern Europe: on Minika in Turkey and on the Minimax Channel in Hungary, Romania, Moldova, Czech Republic, Slovakia, Serbia, Kosovo, Montenegro Macedonia, Bosnia-Herzegovina, Croatia and Slovenia; and is set to premiere on VRT (Belgium) in December. Berry Bees has been on air on Rai Gulp since last December and is currently available on Rai Play, the digital platform of RAI. The animated series has been on air on Australia’s NINE Network 9GO since last fall and launched successfully in 2020 on STAN, Australia’s leading online streaming service. 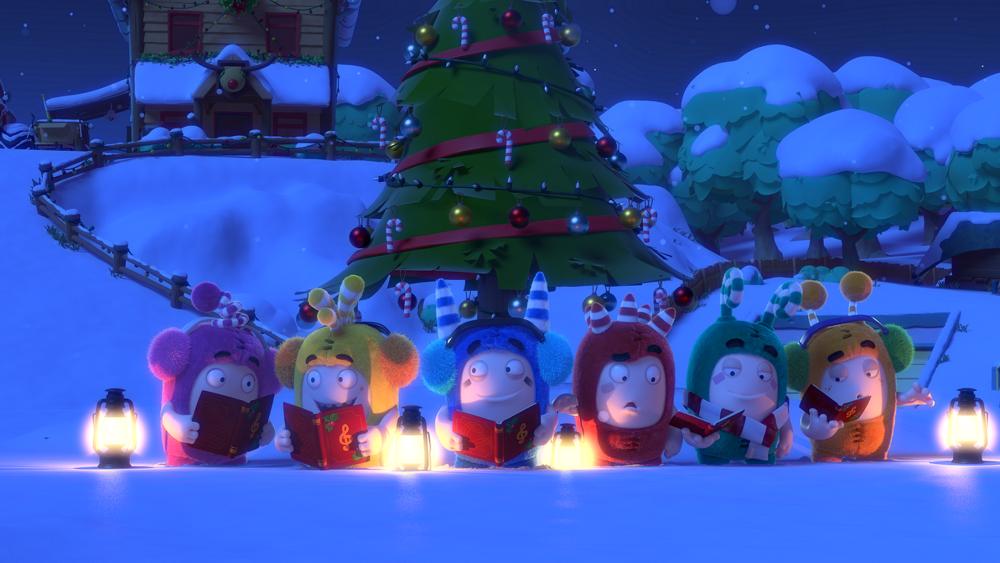 Award-winning Singaporean studio One Animation has secured a deal with Disney Channels U.S. for a package of long-form seasonal specials and shorts of the International Emmy Kids Award-nominated comedy series Oddbods.

This deal builds upon Disney Channel U.S. previous acquisition of season one of Oddbods short-form episodes (40 x 1’), which first debuted on Disney XD in 2015 and later in DisneyNOW. 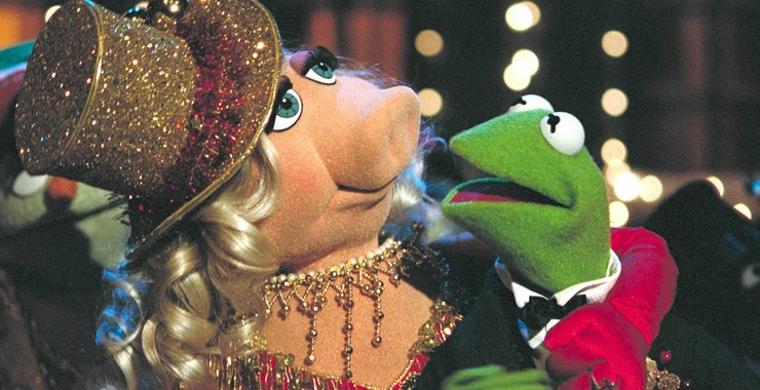 Freeform channel is getting in the holiday spirit early with its Kickoff to Christmas month-long movie marathon programming event, starting Nov. 1. New additions to the lineup include Christopher Robin, Black Nativity and It’s a Very Merry Muppet Christmas Movie, while familiar animated favorites airing through the month include The Incredibles movies, Frozen, Cloudy with a Chance of Meatballs 1 & 2, network debuts of Minions and Despicable Me 3, Coco, Shrek, Lilo & Stitch, Inside Out, Early Man, The Boxtrolls, Zootopia, The Nightmare Before Christmas and much more! 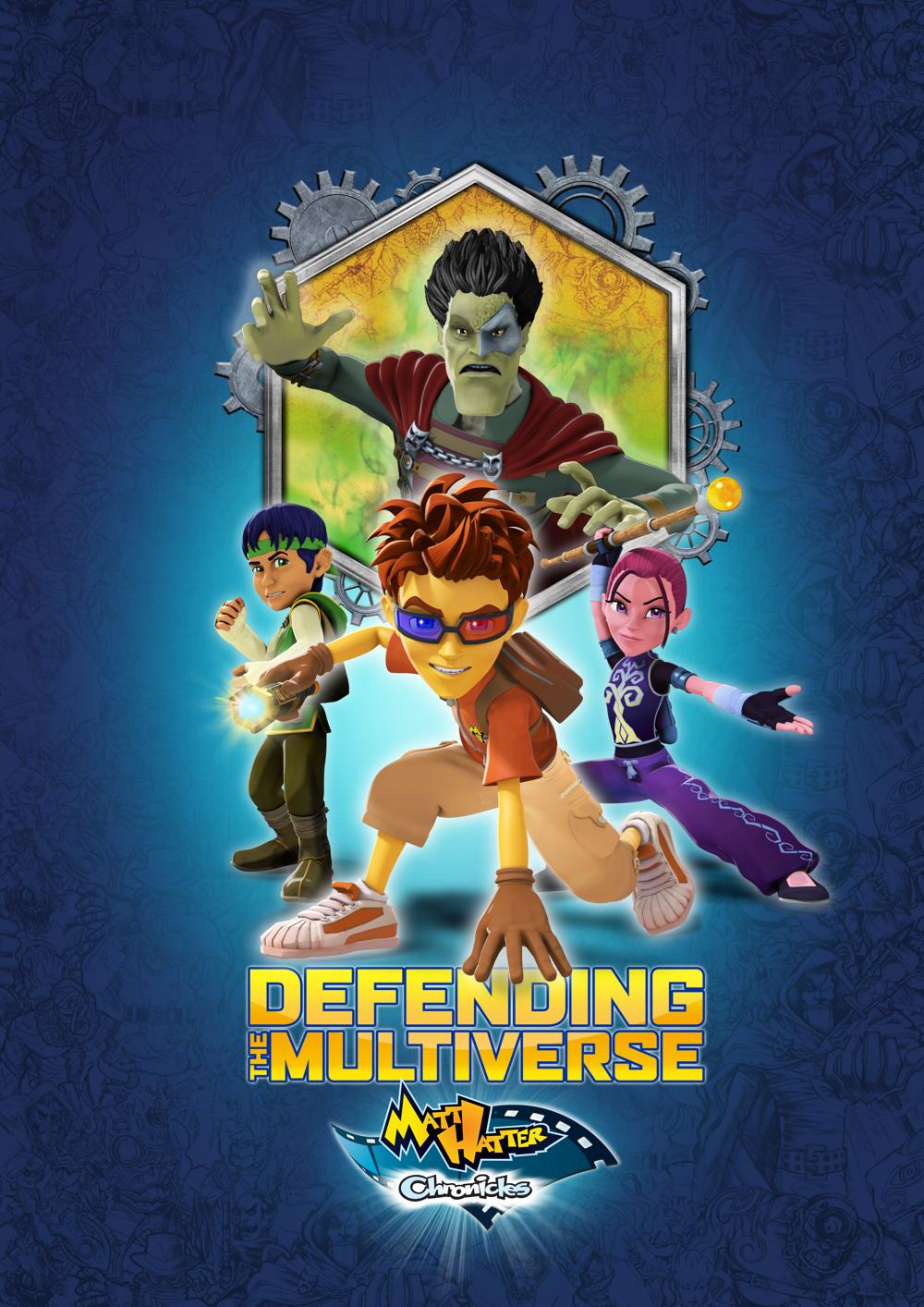 Following a raft of high profile broadcast deals the IP enjoyed at launch, Platinum Films have appointed Serious Lunch to manage worldwide content rights for Matt Hatter Chronicles. Serious Lunch will also be collaborating with Bomanbridge Media for Asian sales. The 52 x 26′ series follows an ordinary schoolboy who discovers a hidden portal in his family’s movie theater and becomes the defender of the Multiverse — protecting the realms of his world and the mirror dimension from super villains on a mission to save his grandpa.

“Matt Hatter is a groundbreaking property that enjoyed early success since launching on Citv in the U.K. and gained an impressive screen presence on major international linear platforms including Clan TVE Spain, Gulli & Canal J in France, Canal Panda in Portugal, Jeem TV, Teletoon Canada, Network 10, Cartoon Network India, MENA, Greece & Turkey, and many more. The brand also enjoyed a theatrical release in 2015 and a TV movie 2018. We look forward to identifying new markets as well as relishing the existing 20 language versions available for the series, by developing the IP’s digital presence primarily with VOD partners,” says Leila Ouledcheikh, Director of Global Sales for Serious Lunch. 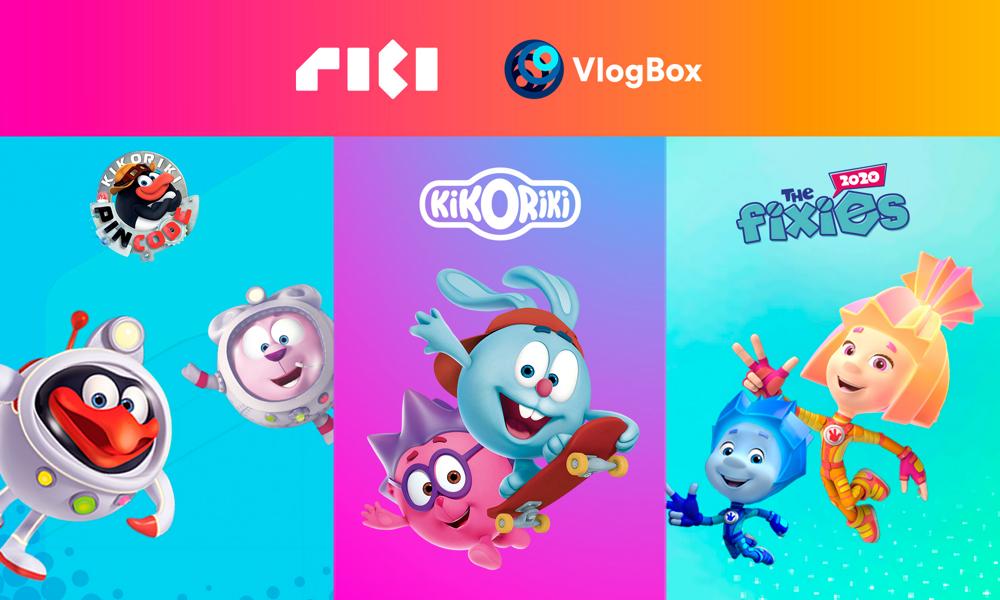 Leading Russian animation company Riki Group has partnered with VlogBox to grow its audiences across new markets and serve their content via the CTV environment, starting with CTV apps for Fixies, Kikoriki and PinCode. VlogBox will also fully support its new partner in reaching CTV viewers across the U.S.A. and Canada. As Riki Group shows are broadcast in over 90 countries, entering the new markets of North America will widen their coverage. 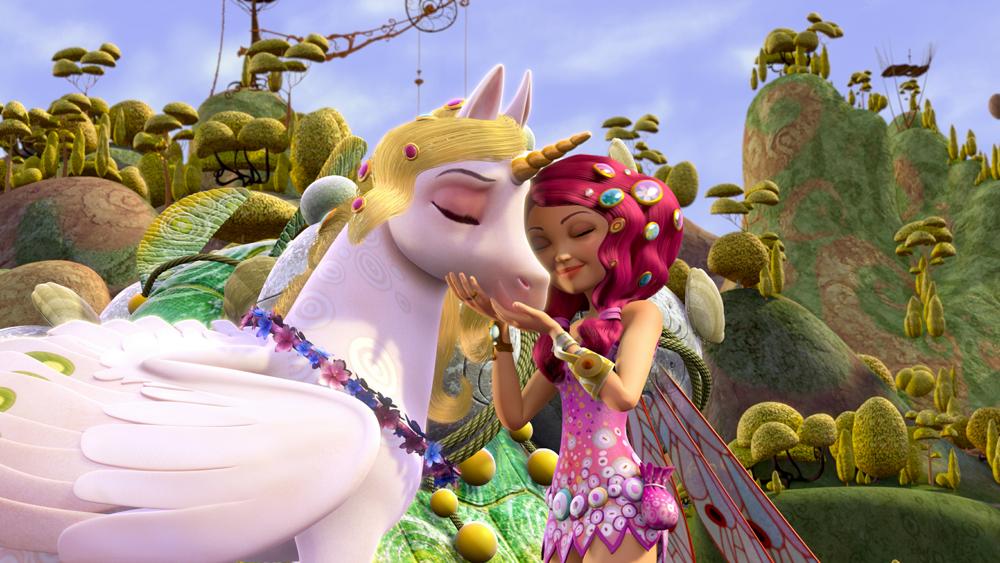 Studio 100 Group and TV Cultura have joined forces for the live action/CGI hybrid series Mia and me. Already a high-promising YouTube star in Brazil, the first two seasons will air on Brazilian free television network TV Cultura commencing Monday (Brazil’s Children’s Day). With a daily slot within TV Cultura’s kids’ programming schedule, at least one episode of the series for girls aged 6 to 12 will air Monday to Friday for the next two consecutive years.

The free TV launch of the successful series Mia and me will be supported by a broad marketing and social media campaign in collaboration with Studio 100 Media’s assigned local license agency Brandhouse Licensing. The agency is also working on a broad range of licensed products including toys, apparel and publishing. The Brazilian YouTube Channel for Mia and me accounts for more than 400,000 subscribers with over 135 million views. TV Cultura reaches out to in excess of 150 million people in 26 states and federal districts in 2,200 cities through its national network of affiliates and retransmitter partners. 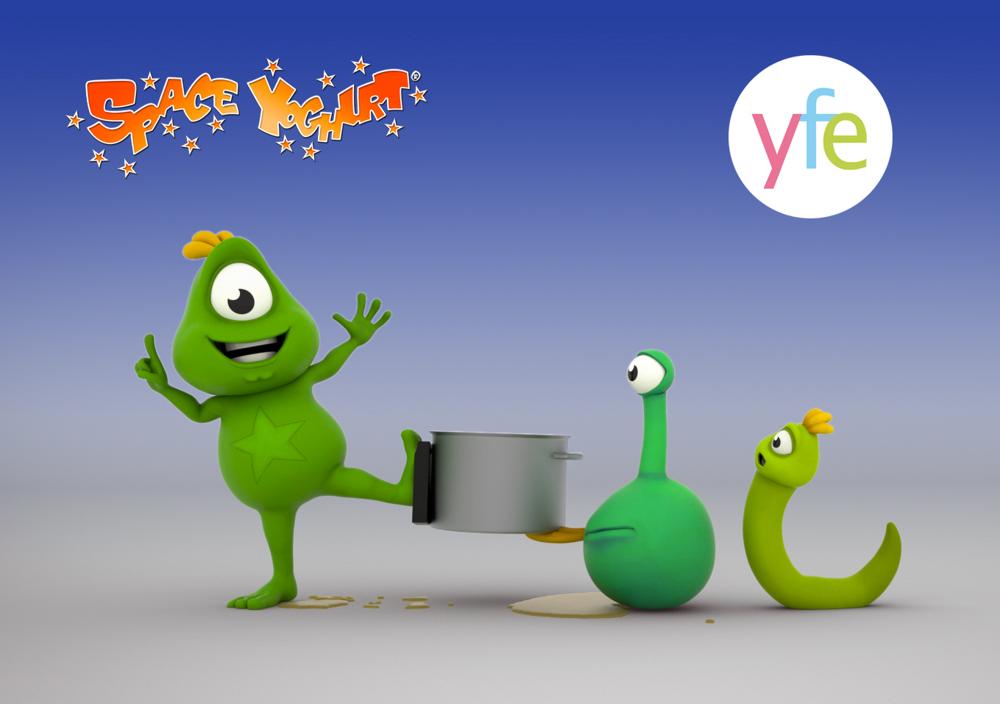 Your Family Entertainment AG announced a content cooperation with Atem Entertainment, a Stockholm-based company that develops and produces IP around the popular flagship show Space Yoghurt. Starting soon, YFE will air the animated TV series on its linear and non-linear national and international kids and family channels.

Space Yogurt depicts the adventures of three green, one-eyed space friends — Captain Migol, Lookout Popodom and engineer Drod — through an exciting and colorful universe. In each episode, the three space friends experience unusual problems in space that they manage to solve in equally unusual and funny ways. And everything ends well with a great laugh. 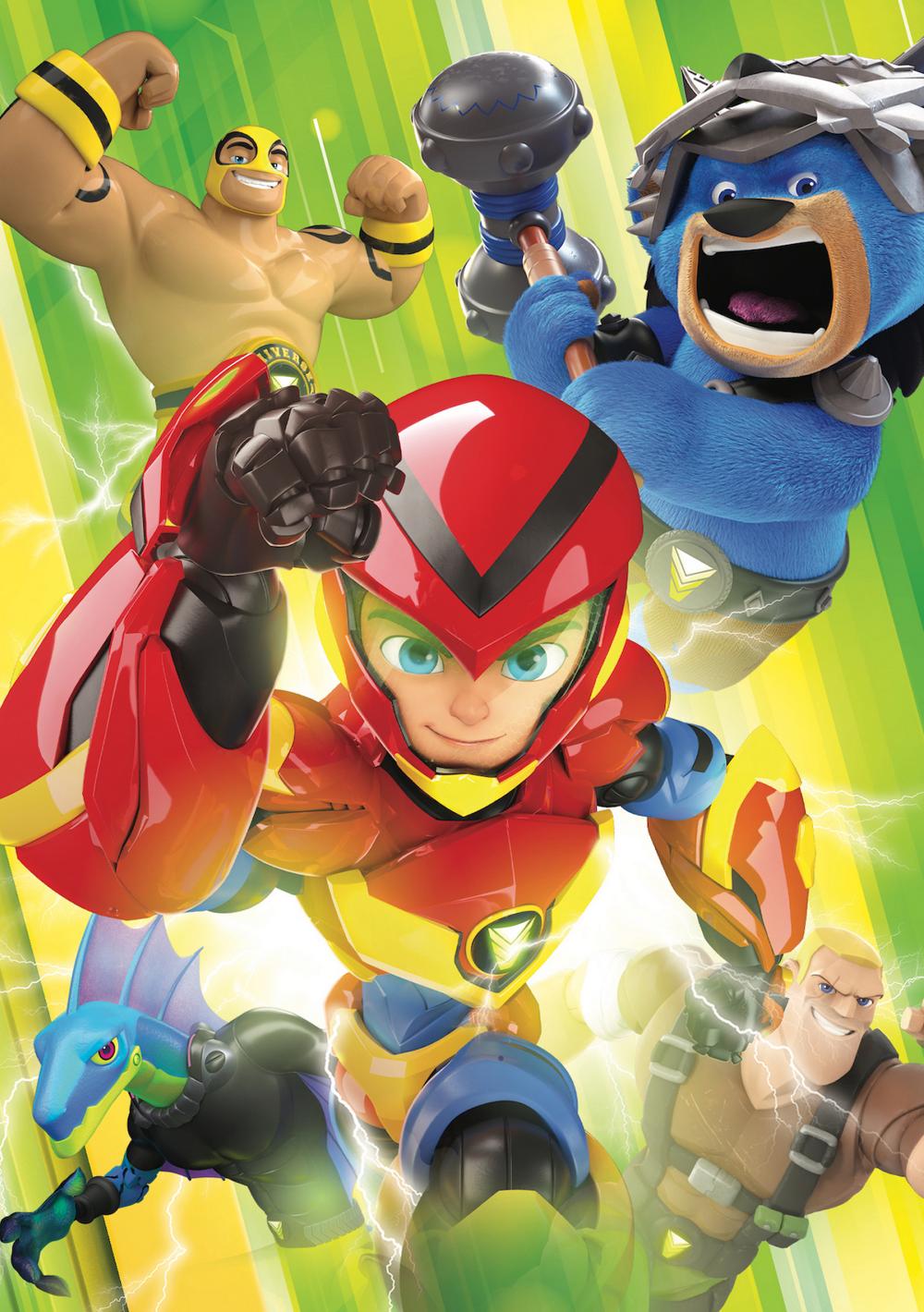 ZAG Heroez Power Players (78 x 11’), a groundbreaking 3D animated/live-action hybrid action-comedy for 6- to 11-year-old boys, premiered on Boing in Spain on July 13, and is achieving constant audience growth with an average audience of 106,000, with a peak of 167,000 viewers. Developed by Jeremy Zag and Man of Action (Ben 10, Big Hero 6) and co-produced by ZAG, ON kids & family (Mediawan) and Planeta Junior, Power Players follows the adventures of Axel, a boy who transforms into a living action figure, and his unlikely team of toy heroes as they embark on the biggest “small” adventures a kid could ever imagine. 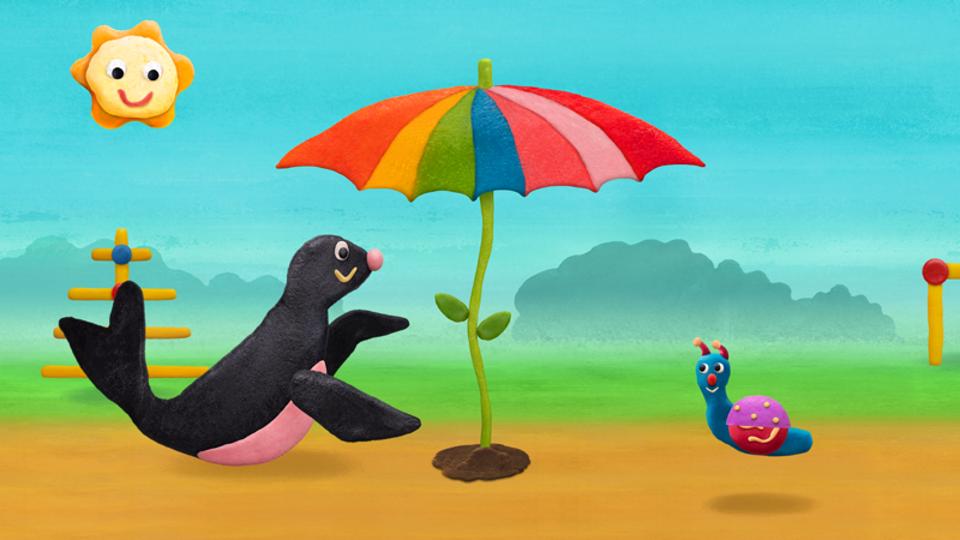 Superights announced a second season of the highly successful Clay Time series, which will now include 60 x 3’ + 60 live tutorial episodes! Produced for France Televisions by French studio REAZ, Clay Time enhances the imagination of young viewers by engaging them in a universally enjoyable activity: modeling clay. Live-action tutorials throughout the series guide kids in the satisfying creation of their own clay world at home. 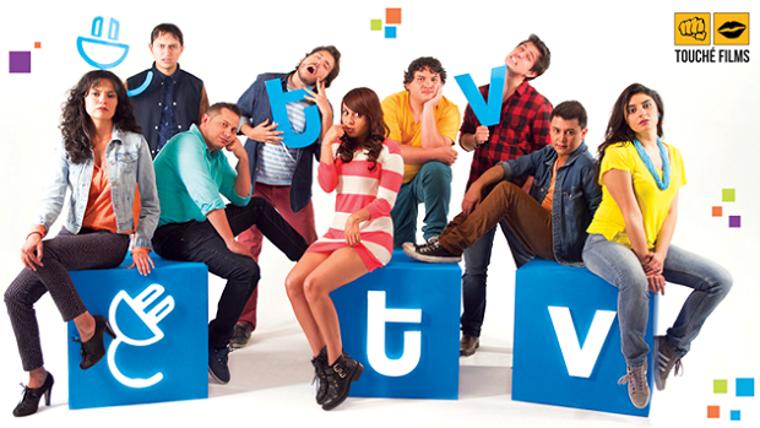