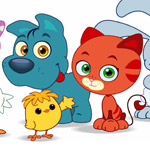 Italian toon Mini Pet Pals will shortly be arriving in China, rolling out on several VOD platforms beginning next November. The digital 2D series is produced by pubcaster Rai and Gruppo Alcuni, and directed by Sergio Manfio.

The deal with Beijing-based JY Animation covers the first two seasons — 104 six-minute episodes — (plus option for the third), which will debut with a new China-made Mandarin version on platforms including Baidu’s online video leader iQiyi. The opening theme song will remain in the original Italian, to help familiarize Chinese children with the language.

Mini Pet Pals follows the same protagonists from the hit Pet Pals property (also from Treviso-based Alcuni and Rai, distributed in 137 countries), aged down: Pio the frog still has the tail of a tadpole, Top Hat the rabbit still has braces on his teeth, Nameless the chick has just hatched, Diva is a cute and tiny duckling, Holly is a big-eyed kitten and Moby is a puppy smaller than a daisy.

Each preschool-friendly adventure begins on the playground and ends in an important lesson, with the help of a wise, grown-up tree that intervenes to offer help and advice.

The series airs on Rai YoYo in Italy, achieving excellent ratings with more than 490,000 viewers and over 25% audience with children up to age 7. Season 2 is currently in production. 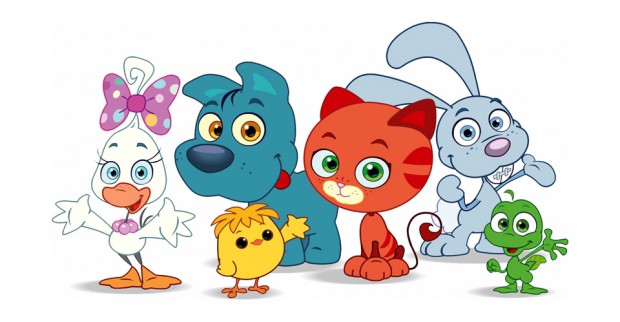