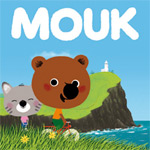 Based on the books by Marc Boutavant and directed by François Narboux, the charming 2D show revolves around globetrotting pals Mouk and Chavapa, who explore the world on their bicycles. From Ouagadougou to New York, from Australia to Madagascar and Greece, the two friends discover the world and its inhabitants… and as everything’s different from home, adventure is always at the end of the road!

Mouk has already been picked up by KiKA in Germany and by Disney for its networks in France, Italy, Spain, Portugal, Benelux, Scandinavia, Eastern Europe, the Middle East and Africa. Millimages holds all international TV and licensing and merchandising rights to the property. 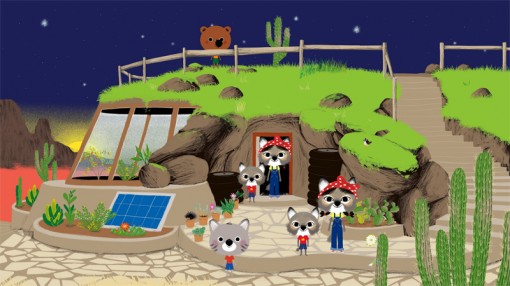 John Reynolds, Millimages’ Group Commercial Director says, “Mouk is capturing the imagination of broadcasters around the globe and we are delighted that the show will be seen by children in Australia as well as across Europe. We look forward to securing further deals at MIPTV.”

Here is the show’s trailer: