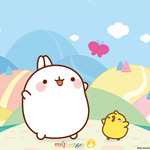 Molang, Millimages’ enthusiastic rabbit is ready to hop to Italy’s RAI. The first two seasons of the show (104 x 3.5 minutes) has been acquired by the Italian pubcaster. Molang will premiere on December 17 on Rai Yoyo every day, from Monday to Sunday with four episodes airing in the morning and four in the afternoon. RAI will also be the exclusive agent for the property in Italy.

Based on the pudgy bunny character made popular as an instant messaging sticker, Molang follows the eccentric, enthusiastic rabbit and his shy, emotional little chick pal PiuPiu on their humorous everyday adventures.

The series is co-produced by Milimages and Canal+ France, and it has over 150 licensees all over the world, including master toy licensees Jazwares in North America and TOMY in Europe and Australia, and US publishing partner, Scholastic. The TV series has been sold in over 220 countries with solid ratings. To date, four seasons and nine specials have been produced. Millimages also produces themed dedicated content for social media platforms every week. Molang has sold in over 140 countries to top broadcasters including Disney (U.S., LatAm, Italy, Asia Pacific), Cartoonito (U.K.), Tele Quebec and BBC Kids (Canada), Nordic free TV channels (SVT, MTV3, NRK), Mini+ Poland, Hop! (Israel), OKTO (Singapore), PTS (Taiwan), PBS Thailand) and more. 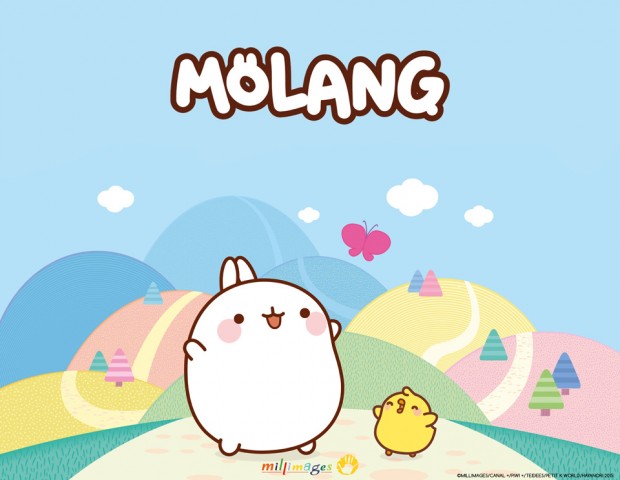