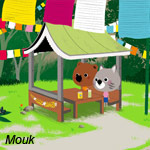 Euro producer and distributor Millimages is offering a fresh slate of quality animated shows at the MIPCOM market this year. Among the studio’s offerings is its brand new show, Mouk, a 62 x 11-minute preschool show that has already been commissioned by France Televisions and Disney Channel U.K. Based on the work of Marc Boutavant and directed by Francois Narboux, the 2D show centers on two globetrotting adventurers who explore the different cultures and unique inhabitants of the places they visit. The toon is one of the finalists of the Licensing Challenge at MIP Junior. 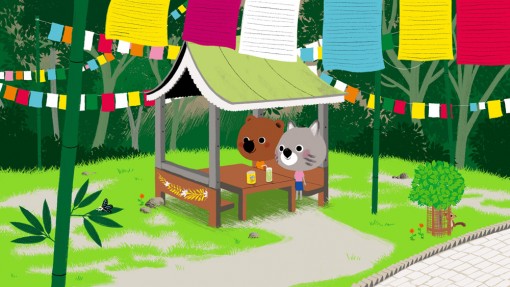 Also on tap is the show Trust Me I’m a Genie, a 52 x 13 comedy, about the adventures of a chilled out camel named Ziggy and a raccoon genie that comes out of a soda can, and two new 22-minute Louie specials, its popular preschool show that ran for three seasons. 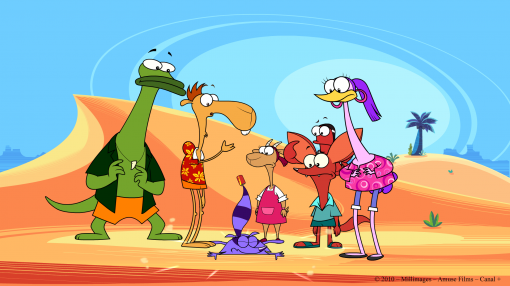 Trust Me I’m a Genie

Millimages will also be looking for partners for two new titles on its development slate: Call for Chi-Chi (a 52 x 11 3D co-pro with South Korean companies Neon Pumpkin and Pixtrend) and Caroline and Her Friends, which is a 52 x 13 stereoscopic 3-D show based on Hachette’s evergreen illustrated storybooks about a young girl and her eight pet animals.