Zodiak Kids’ CG-animated preschool show Tickety Toc has found a home on Channel 5’s Milkshake block in the U.K. Produced by The Foundation, part of Zodiak Kids, and Korea-based FunnyFlux Entertainment, the series will launch in the fall of 2012 during the morning preschool block. The show will also air internationally on France 5 (France); Disney Junior (Canada); TG4 (Gaelic-language terrestrial channel in Ireland) and Pop TV (Slovenia).

Tickety Toc follows the fast-paced, energetic, comedic adventures of twins, Tommy and Tallulah Tockety and their remarkable friends as they race against time to keep the clock ticking and chime in the time. Through Tommy and Tallulah’s madcap adventures, Tickety Toc explores concepts of teamwork, social responsibility and problem solving in a fun and engaging way.

Karen Vermeulen, Zodiak Kids’ VP of global sales and production notes, “We are delighted Tickety Toc will be joining the brilliant line-up on Channel 5’s milkshake! Tommy and Tallulah will be right at home with the colorful cast of characters in the block.”

Tickety Toc is originated and directed by FunnyFlux Entertainment founder and president, Gil Hoon Jung. Executive producers are Nigel Pickard and Vanessa Hill for The Foundation and the Series Producer is Karina Stanford-Smith. 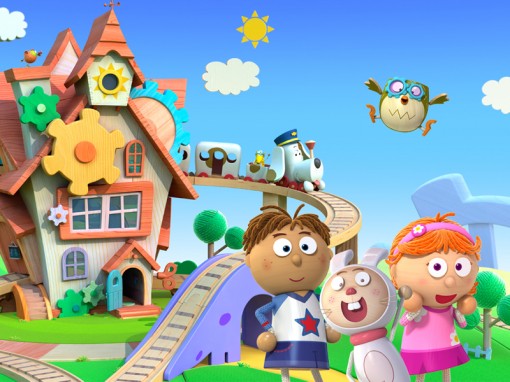