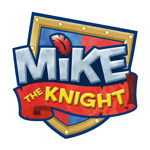 File this one under the special “Who Knew?” file. Mike the Knight, the CG-animated series from Hit and Nelvana has beaten such heavy-hitters as Showtime’s CIA thriller Homeland and BBC’s popular Sherlock series and landed on top of Google U.K.’s highest trending TV shows of the 2012 list. Google defines trending searches as “the searches that had the highest amount of traffic over a sustained a period of time in 2012 as compared to 2011.”

Created by Alexander Bar and written by Marc Seal, the preschool toon follows the world of 10-year-old knight-in-training Mike, who wants to follow in the footsteps of his father who has gone away on adventures. Joining him are his dragon friends Sparkie and Squirt and horse Galahad, as well as his little sister, Evie, who is a wizard-in-training. The show airs on the CBeebies in the U.K., Treehouse TV in Canada and Nickelodeon in the U.S. The series first debuted in September of 2011.

Sadly, the U.S. Google Trending list for TV didn’t include any animated shows. However Seth MacFarlane’s randy teddy bear Ted did make Google’s most-searched movies list at number six. Here are the complete lists for your reading and google-ing pleasure. 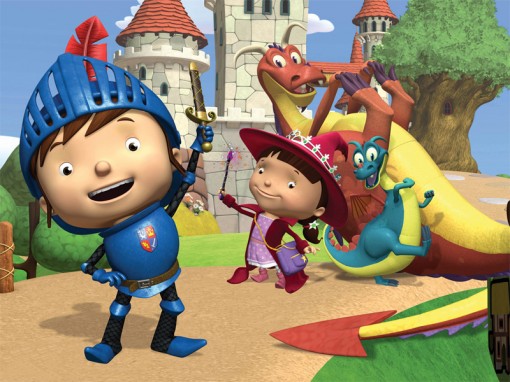 Top Trending Movies in the U.K.

Most Searched Movies in the U.S.

Most Trending TV Shows in the U.S.

In case you missed it, here’s that wonderful (and quite moving) video compendium of all the trending zeitgeist stories of the year from Google.