Cartoon Network will further expand the epic interactive world of Mighty Magiswords with the debut of its linear series on Thursday, September 29 at 6:30 p.m. ET/PT. Building on the super-short (15 second) series launched last year on the CN Anything app, the TV show continues the adventures of sibling “warriors for hire” Prohyas and Vambre as they tackle heroic quests using their outrageously funny and sometimes functional Magiswords.

Maintaining its new media ties, a sneak peek episode of Mighty Magiswords will premiere on the Cartoon Network app on Friday, September 2.

The whole story-universe of Mighty Magiswords is woven from more than 400 pieces of original content — including interactive shorts, narrative vlogs hosted by the warriors, and a multitude of digital games. On top of the TV series, Prohyas and Vambre will spread their comedic charms around as on-air host introducing Cartoon Network’s shows, events, etc. Plus, an interactive app launching later this fall will close the loop on the broadcast and digital worlds allowing fans to watch and collect Magiswords along with their heroes.

“Mighty Magiswords is custom created for the way young audiences consume media today,” said Rob Sorcher, chief content officer for Cartoon Network. “This is about how stories can be told in new ways and how a community can play together.” 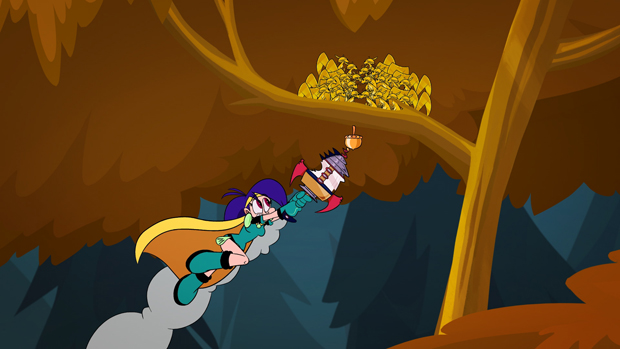 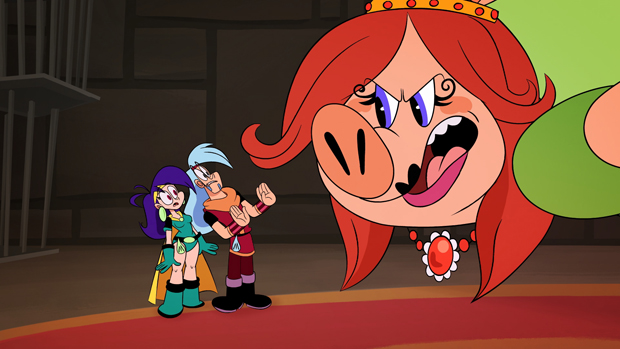