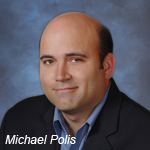 Michael Polis has left his position as president of Wildbrain Entertainment, which is now owned by DHX Media, reports Kidscreen. Polis, who was also the exec VP of branded entertainment and consumer products at DHX Media has ankled his post after six years at Wildbrain. He will continue to work with Toronto-based DHX on his new transmedia kids project UMIGO, which he created.

UMIGO is a multi-platform property, which offers entertaining applications of science, technology and math. Wildbrain received a five-year grand from the U.S. Department of Education’s Ready to Learn initiative and plans are in  place to expand the property across TV, mobile, publishing and real-world games and consumer products.

Polis played a key role in fostering the success of Wildbrain’s breakout hit Yo Gabba Gabba! in a wide variety of platforms. Prior to Wildbrain, Polis held marketing positions at The Jim Henson Company and Universal.