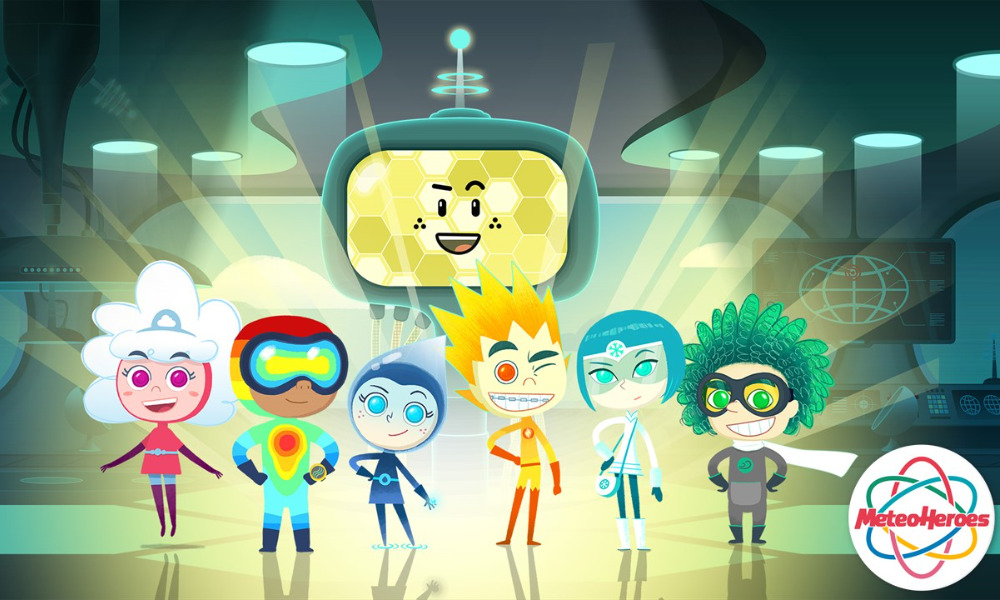 Global family mega-hit maker Kenn Viselman, who is responsible for over $25 billion dollars in commercial success for brands like Teletubbies and Thomas the Tank Engine through his Itsy Bitsy Entertainment Company, has formed an exclusive partnership with Mondo TV Studios (part of Mondo TV Group — one of the largest European producers and distributors of animated content) to bring the award-winning MeteoHeroes to the United States & Canada.

The series will make its stateside broadcast debut on PBS on April 22 with an Earth Day special, followed by an official late-summer premiere together with a companion series, Real Superheroes Don’t Wear Capes, executive produced by Viselman.

MeteoHeroes is among the most successful Cartoonito children’s series of all time in Italy, as well as in Spain on Clan and several other countries around the globe. The World Premiere of the second season of MeteoHeroes (52 episodes x 13′) will launch on Cartoonito Italy in April 2022. The series has sold into 144 countries, airing in 22 languages. 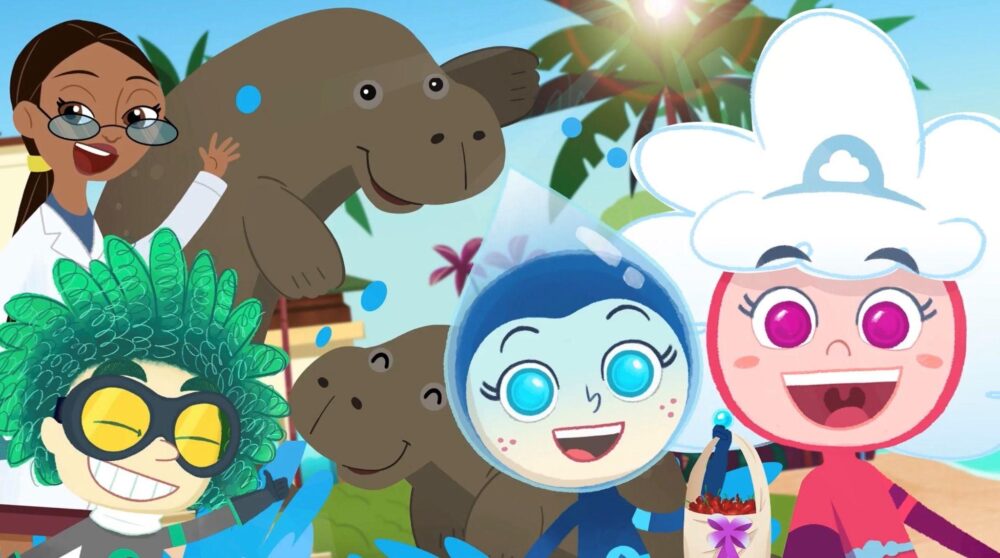 “In my over three decades of working in the world of children’s & family entertainment, I have never seen a reaction to a kids’ series like I have with MeteoHeroes — and let’s face it, I’ve seen some pretty huge reactions,” said Viselman. “The success of the series is its ability to help families deal with children’s increasing climate anxiety and giving the audience hope while speaking to them in a fun and honest way. There is no issue more urgent or germane to children’s lives than climate change and the message that a superhero lives in each of us with the capacity to change the world is one I am thrilled and honored to shout from the rooftops.”

Maria Bonaria Fois, CEO of Mondo TV Studios, noted, “Kenn Viselman has an unmatched reputation for finding, building and developing hit brands and shows in the North American market. His insights into production, distribution, marketing and brand development will, we are sure, bring MeteoHeroes success in one of the biggest and most competitive kids’ markets in the world. And, of course, he loves the show! We’re delighted to be working with Kenn.” 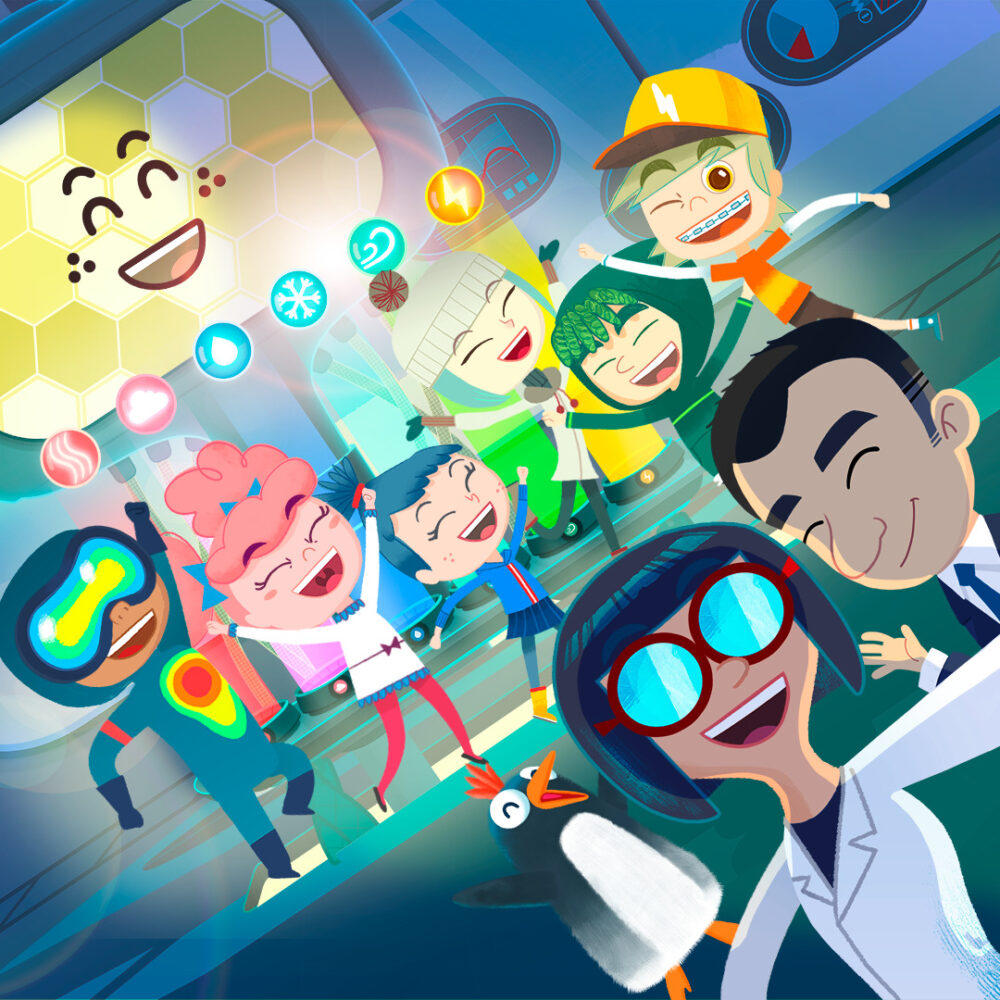 Based on a series of books, MeteoHeroes recently came in First Place at the 30th annual Kids First! Film Festival. The show follows a group of six pint-sized superheroes, each of whom represents a different continent and a different natural element. Working in tandem to fight climate change disasters, our fearless heroes go to battle to save our planet, using their own unique superhuman abilities that can control weather phenomena. With humor and respect for its audience, the series sends the important message to children that you don’t need superpowers to save the world.

North American distribution and marketing for both the series and their first collaboration, a videogame MeteoHeroes: Saving Planet Earth for Sony PlayStation, will be managed by the Itsy Bitsy Entertainment Company in partnership with the show’s co-producers Mondo TV S.p.A and leading weather forecasting center Meteo Operations Italia (MOPI). Viselman will also personally serve as showrunner and executive producer of the Americanized version of the series. This deal was brokered in 2021 by Emilia Nuccio. 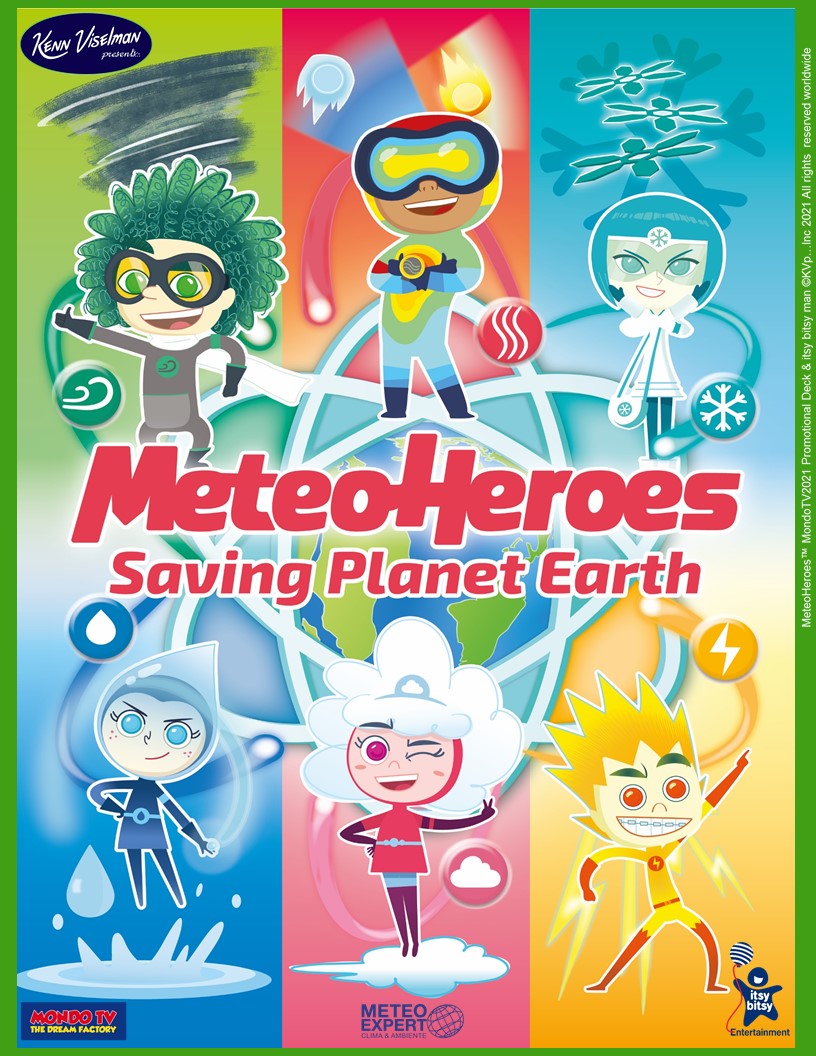