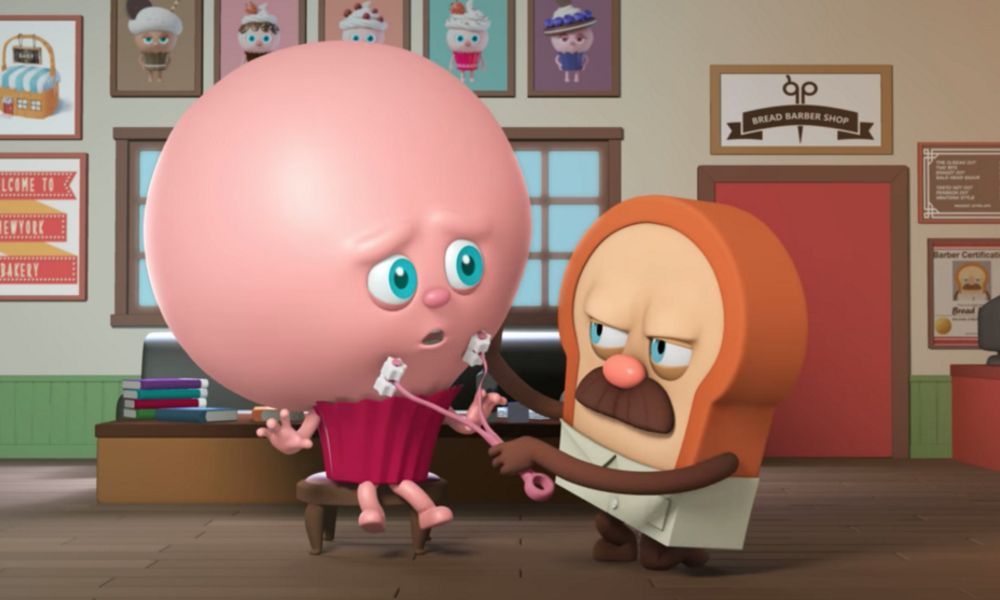 Following the remarkable success on YouTube and TikTok of the new Korean animated series Bread Barbershop, London-based Meta Media Entertainment has been appointed as distributor of the series for European territories. Aimed at kids 6-10, the hilarious CGI comedy is set in a world populated by anthropomorphized foodstuffs, who seek out our carb-loaded hero to get decoration makeovers.

“We love Bread Barbershop,” said Sara Cooper, Founder of Meta Media Entertainment. “It’s fresh, original and very funny, with great characters and storylines. I am sure it will have great appeal for kids everywhere.”

The hero of Bread Barbershop is a slice of bread who is a master cake decorator. All the cupcakes in town come to his barbershop to have their edible coiffures styled. Using his unrivalled skill and ingenuity, his makeovers transform the lives of his customers, who come to him with all the imaginable problems a cupcake might have — and a few unimaginable ones as well. Either way, nothing which can’t be solved by a quick makeover… or should that be cakeover?

Produced by Monster Studio, the series debuted in Korea in 2019 on KBS and Tooniverse. In the first year the show has amassed over 300,000 YouTube subscribers and 95 million views. On TikTok, Bread Barbershop has nearly 1M followers, 9.6M likes and their most-watched clip has had 8.8M views. There are already a number of licensing deals in place for toys, games, books, food and other products.

Check out the show’s official YouTube channel to see the bread barber in action.

Meta Media is a London based specialist distributor of children’s and family animation, representing a growing catalogue of high-quality programming. www.meta-media.co.uk

Monster Studio was established in July of 2015 to produce flagship series Bread Barbershop. The studio was founded by Jihwan Jung, formerly with Iconix, and