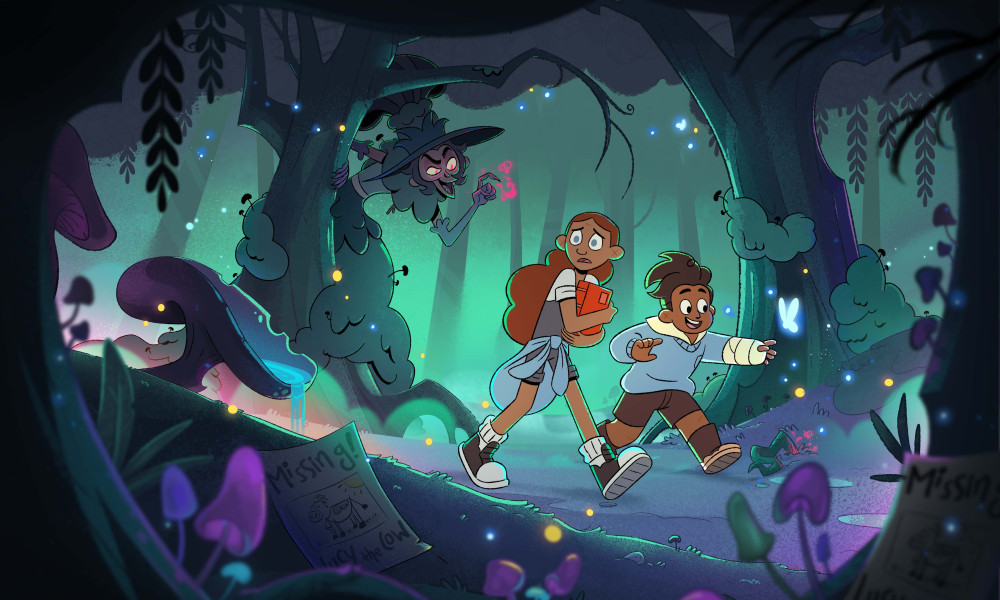 As the co-creator of The Goon Show, Milligan’s comedic influence can be felt throughout much of British comedy, including being cited as a major influence on legendary comedy troupe Monty Python. He originally created the short story, Badjelly the Witch, as a fairy-tale for his two young children. Packed full of weird and wonderful surprises about good triumphing over evil, Milligan hand wrote the text and drew the illustrations himself. Badjelly the Witch was later turned into an audio play, starring Milligan; and a few years later retold with a full orchestra, released by Polydor Records.

Mercury Filmworks’ co-production partner for the series and special is Mukpuddy, a multi-award-winning animation studio based in Auckland, New Zealand, who acquired the rights to the book from Milligan’s children. They are the creators of a number of the country’s top-rated children’s shows, including Quimbo’s Quest and Barefoot Bandits (which was voted best Kiwi show in The Spinoff’s TV awards in 2017).

“There’s no shortage of fun to be had in this madcap story full of quirky characters and matter-of-fact magic from the wild imagination of Milligan, whose work influenced generations of kids,” commented Kenny. “We are excited to be co-producing the series, and specially with Mukpuddy — their work ethic, culture and creativity, are values that connect our two studios. We look forward to working together to build on the original short story and expand the world Milligan created to bring this classic property to life.”

“Like many creative Kiwis, we were hugely inspired by Spike Milligan growing up, and Badjelly is a story we are incredibly passionate about,” said Cooper. “We’re honored that the Milligan family are letting us play in Spike’s fantastical world of teeny weeny tree goblins and ‘horridible’ witches, and getting to do it alongside Mercury Filmworks is an absolute dream come true. They are a studio we have admired for a long time and feel that our collaboration is a match made in Milligan madness.”

The charming fairy tale Badjelly the Witch follows the adventures of Tim and Rose as they search for Lucy, their cow, in the great black forest that lies at the edge of their sleepy village. They soon find that the forest is inhabited by weird and wonderful characters, each struggling with a dark energy that is permeating their lives, convinced that the valley has been overrun by it. They call it Badjelly! As the kids travel from place to place, they assemble a small team of friends including Binklebonk, the timid Tree Goblin and his grasshopper pet, Silly Sausage; Mudwiggle, a worm that claims extraordinary strength; and the Tin Lion, a loyal but sometimes a little moany metal lion. With their friends at their side, Tim and Rose travel the valley, helping people discover the true source of their Badjelly issues and learning more about the magical world they have become part of.