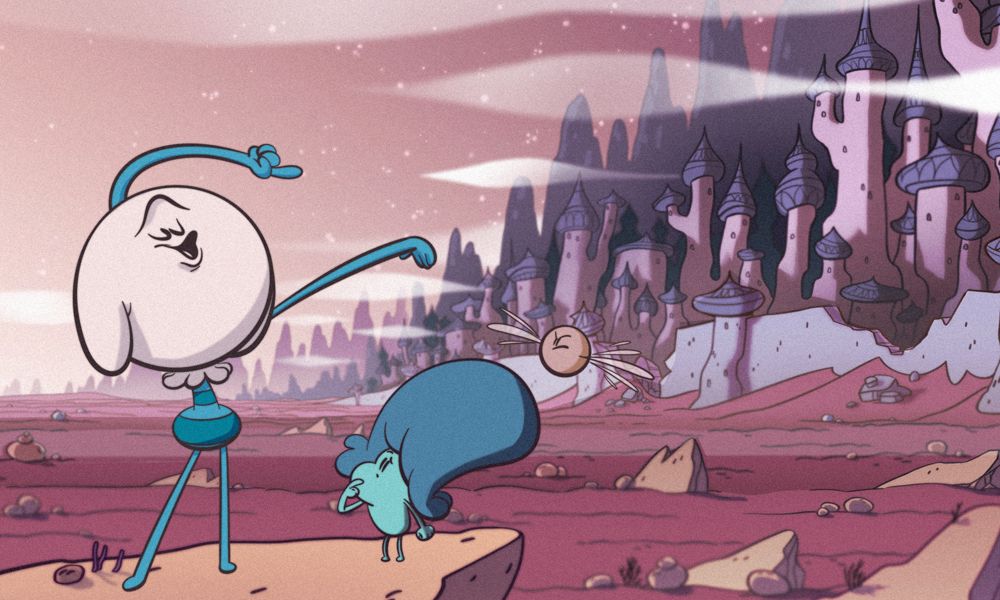 With plans to nurture its own in-house talent to develop career paths and create new opportunities, Mercury Filmworks, Canada’s premier animation studio, announced today that it has greenlit the development of a new 2D animated children’s series, BloopyMerps, created by three long-term employees of the company. The news was announced today by Heath Kenny, Chief Content Officer, Mercury Filmworks.

Shane Plante, a 15-year veteran of the company, who has spent the last eight-plus years working on Mickey Mouse; Ross Love, a 10-year employee focusing on location design, specifically on Hilda; and David Laliberte, a nine-year Senior Animator, who supervised animation on Hilda season one, conceived the idea for BloopyMerps, which centers on a rules-loving robot and a soft-hearted alien on a mission to terraform a lifeless planet that’s not as lifeless as they thought.

Evan Thaler Hickey (Go Away, Unicorn The Cat in the Hat Knows a Lot About That!, Inspector Gadget, The Bagel and Becky Show) is on board as the series writer, with the show bible and pilot script complete. Hickey has also worked closely with the creators to craft the first season arc.

“With BloopyMerps, Ross, Shane and Dave have created a concept that explores friendship, trust, loss and, ultimately, absolution,” commented Kenny. “Though the setting may be otherworldly and the characters alien, the story is rooted in our very human need for connection and growth. Whether its Bloopy’s journey from innocence to his acceptance of responsibility, or Merps’s realization that there is more to life than blindly following rules, the transformations our characters undergo are recognizable and relatable.”

Kenny added, “Evan has taken this original idea and together with the creators developed a first season story arc and pilot script that is full of fun, jokes and adventure … because, at its core, BloopyMerps is an epic, odd-couple, road trip story. Think of it like Planes, Trains & Automobiles … but with aliens … and an entire galaxy hanging in the balance.”

“Originally we set out to ‘rage against the machine,’ but together we have started to create something that we hope will inspire others to think outside the box,” said Plante, Love and Laliberte. “It’s been a blast working with Evan to advance the project and we couldn’t be more excited! We hope our experience will inspire others to harness their own creative ideas!”

BloopyMerps is an epic journey across an alien world and into the self. The arc of the eight-episode series follows Bloopy and Merps as they go from simply trying to do their jobs to saving an entire world as they confront and ultimately defeat the planetary parasite, Purple James.

As a general rule, the process to saving a lifeless planet couldn’t be simpler: launch a bioengineered Bloopy and its mechanical Merps counterpart to the lifeless planet where the Merps run diagnostic and protocol programs, while the Bloopy accesses the global water-matrix to activate its terraforming functions. Our Merps is one of the few model IX MERPS still in service, owing his longevity to being amazing at what he does — pragmatic and unsentimental, Merps has never failed to oversee the revitalization of a dead planet by a Bloopy. And while Bloopy should be a blue Adonis that strides across dead worlds leaving life bursting in its wake, our Bloopy can barely grow a seedling, let alone a forest. But what he lacks in size and skill and power, he makes up for in curiosity and compassion and joie de vivre. Together, this defective, bioengineered bundle of infectious enthusiasm and single-minded rules-lawyer will save a world.

Mercury Filmworks is one of Canada’s most prolific independent studios and is internationally recognized as a leader in the animation industry. The studio has helped bring to life memorable series and features such as Hilda, Mickey Mouse, Rapunzel’s Tangled Adventure, The Lion Guard, Wander Over Yonder, The PowerPuff Girls Movie and Looney Tunes: Back In Action, working with partners like Disney, Netflix, Amazon, Apple TV+, DreamWorks, Warner Bros., Universal, American Greetings, Entertainment One, Mattel, Technicolor, Cartoon Network, Nickelodeon and Teletoon. www.mercuryfilmworks.com 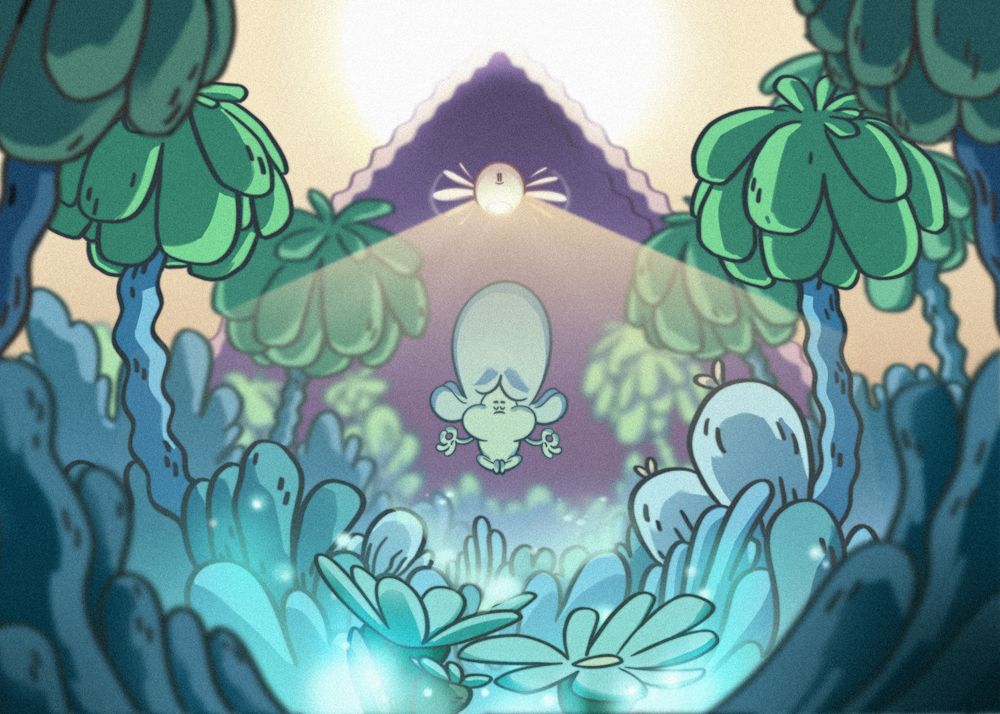 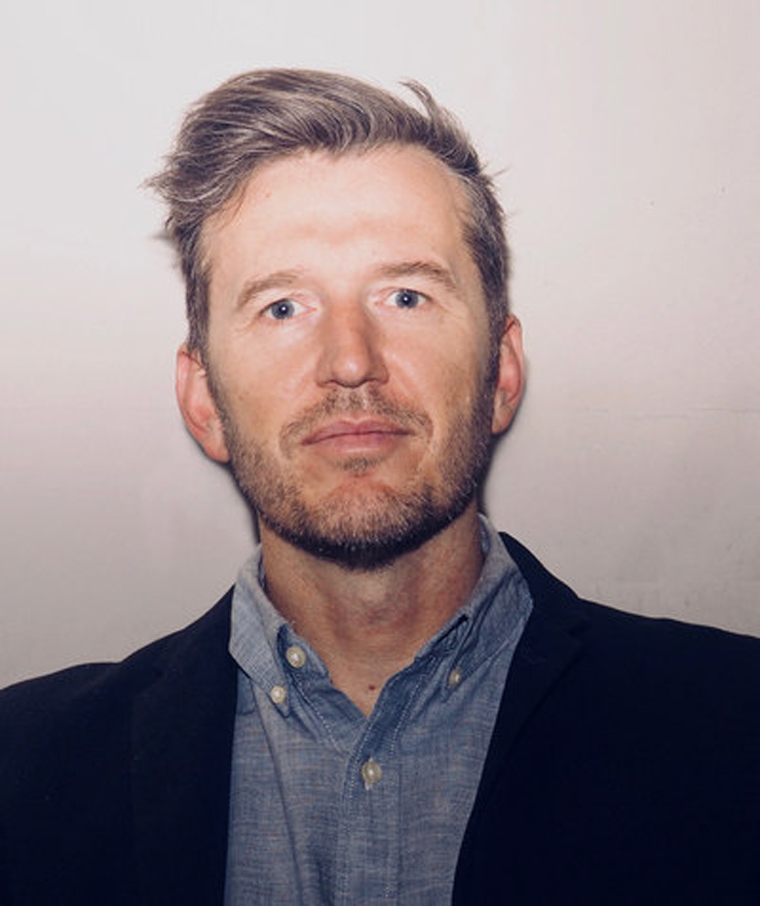