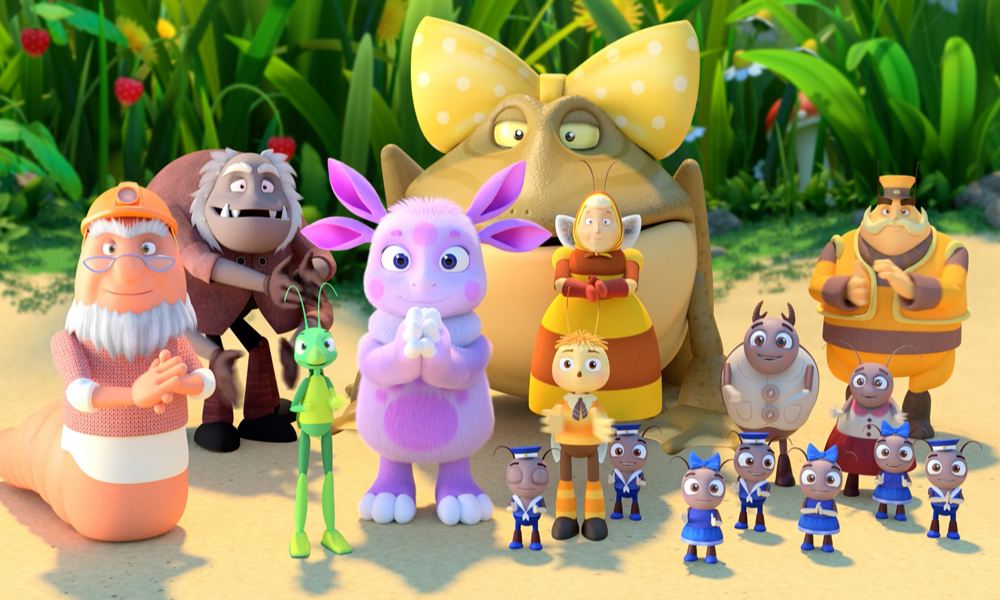 “SPB TV has been working with Chinese media with great success starting from 2013. We are constantly participating in Russian-Chinese business missions and joined structures growing our portfolio of contacts and strengthening our relationships with Chinese partners,” said Kirill Filippov, CEO of SPB TV. “We are very happy that our expertise and contacts help the unique Russian animation series enter the Chinese market and we strongly believe in further successful development of the project in China.”

Moonzy held the No. 1 morning kids’ program ranking in its first two weeks of broadcast, according to data from TV and OTT monitoring system Kyun EYE. CCTV is committed to air 513 episodes of the series, including nine daily installments through the winter holidays in China.

“This is a great achievement. Our animation series are aired on Chinese public television with high ratings,” commented producer Sergei Selyanov. “Our animation is sold to many countries now, however, I will point out that Russian studios make only the first move here and we must take hold of the international markets next. It is an absolutely favorable moment as the quality of Russian movies and animation has been growing rapidly, and foreign TV channels and digital platforms are getting much more commercially interested in Russian projects than previously. China is one of the most strategic partners for us and we are looking forward to successful development of that cooperation.”

“We are very happy to continue the traditions of Russian animation. Created by talented professionals on the highest level of quality, our animation has become our love and honor at home, so we would love to share our positive and kind cartoons with the whole world,” said producer Anton Zlatopolsky. “China is not only our most important partner, but a state with a unique rich history of visual culture. And we are especially pleased that in China, the country with subtle art cultural traditions, kids will watch and love Moonzy as much as children in Russia.”

Melnitsa is Russia’s larges independent animation studio. It was founded by Sergei Selyanov, producer and CEO of CTB Film Company, and Alexander Boyarsky in St. Petersburg in 1999. Melnitsa’s Art Director, Konstantin Bronzit, has been twice nominated for an Oscar in animation. Within 20 years, the studio created 16 feature films — including major Russia/CIS box office hits Prince Ivand the Grey Wolf and Three Heroes — and 731 animated series, and received more than 60 international awards.

Melnitsa has been producing the highly popular series Moonzy and His Friends since 2006, launching a new season almost each year. In 2020 the studio will release the next season with a new character, Moona, in a 3D format, with the participation of a U.S. scriptwriter.

“Moonzy’s launch is the first step in Russian-Chinese media communication development,” commented Alexey Volin, Deputy Minister of Communication of the Russian Federation. “More than 10 Russian series have been launched in China recently, and it is an absolute breakthrough in movies. We release from five to seven Russian films annually. Now it is the turn of animation. The Ministry of Communication considers Russian animation as a very prospective product for export.”