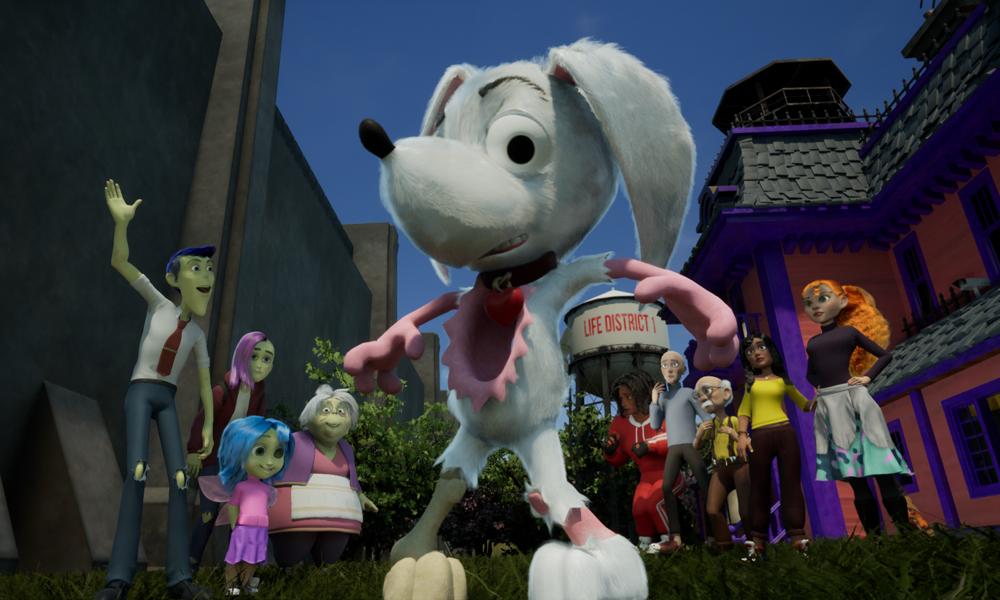 Shadow Valley Productions, LLC, a creative-driven branded entertainment company, today introduces a delightful, but highly-unusual, vegan zombie family to young audiences in a newly released teaser for the new animated comedy series, Meet The WalkerZ. Check it out at www.meetthewalkerz.com

The animated project, based on the Jonathan Sanborn comic-book series The Adventures of Zombie Dog and adapted for all media by head writer Grant Boucher, is targeted towards children ages 6-11 years and is currently in production on an initial 4 x 22-minute miniseries to introduce the amazing characters and world to young audiences.

Meet the WalkerZ is a family-friendly comedy about a wonderfully unusual vegan zombie family that wins a game show and gets a rare opportunity to be the first family of their kind to live a “life” in human society. The Walker Family, led by noble dad Ed, features grandma Betty, son Ryder, fun-loving daughter Gigi and, of course, their outrageous trouble-making, meat-loving zombie dog named JJ. The animated adaptation is set to bring fun, family value-based adventures to the screen as JJ and the Walkers learn to adapt to their new neighborhood (and not so friendly neighbors) while constantly attempting to stay meat-free!

“What really drew me to produce Meet the WalkerZ was realizing the potential the comic book had to create a very unique and diverse line-up of characters cuddled by fun-hearted family-values all of which is hidden behind an unusual zombie (but extraordinarily friendly) lifestyle,” noted Jeremy L. Christensen, co-creator and producer. “I held onto and carried around the comic for four years knowing there was no way I was not going to make this into something remarkable and fun for all.”