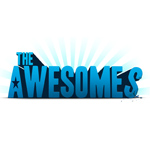 We’ve been used to having talented actor/comic/writer Seth Meyers crack us up on Saturday Night Live since 2001. This summer, he’ll exercise a new comedic muscle as exec producer and voice actor of the new animated series The Awesomes, which premieres on Hulu on August 1. He and his former SNL colleague, writer/producer Michael Shoemaker, chatted with us recently about their new and exciting toon adventure: 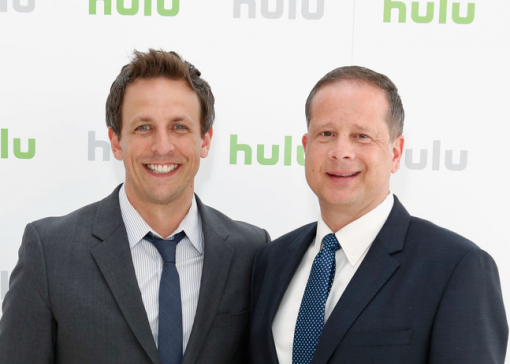 Animag: So guys, tell us how and when did you decide to play in the exciting world of animation?

Seth Meyers: Mike and I had been working together at SNL and we both shared this great love for comic books. I think back in 2006, we started to talk about doing an animated comedy about superheroes and the idea kind of gelled back then, but it took us until last year to find the right place for it. It’s the same show we wanted to do back then.

How is the show different from the other animated shows about superheroes?

Michael Shoemaker: Well, first up it’s 10 episodes with different A and B stories, but it’s more of an evolving storyline. You can watch each episode on its own, but you’ll get a lot more out of it if you watch every week. The villain in episode one is the same one as the villain in episode 10. Our show is an animated version of a comic book, but it’s also a workplace comedy at its heart, with superheroes. The series opens as The Awesomes are rebuilding their team and new cast members are joining.

How did you decide on the show’s overall visual style?

Meyers: When we started the development process, we were quite naïve, but we sat down with the folks at Bento Box [the Burbank-based studio which also does the animation for Bob’s Burgers, Brickleberry and Out There], and they were able to produce six or seven great artists who gave us passes on what the show would look like.

What can you tell us about your character’s superpowers?

Meyers: He is fairly limited. He has the ability to stop time and use that time to come up with a plan. But like me, he often misuses that time and overthinks the situation. That’s probably what I would do too if I could stop time. I’ll always wait until the last minute to do something if I’m up against a deadline. 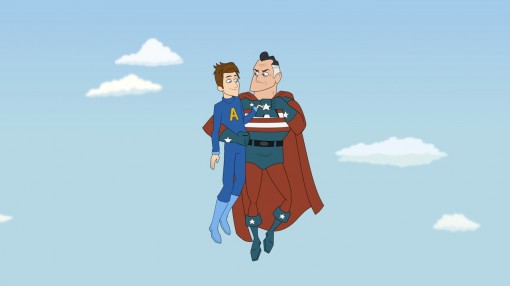 Which brings us to that classic superhero question everyone likes to ask: Which superpower do you wish you had?

Myers: I wish I would not have asthma. When you have asthma, that’s the kind of power you really wish you had.

Can you tell us about some of your favorite characters and plotlines on the show?

Shoemaker: It’s been really fun to create some of these characters, because we write to the strengths of the actors. Kenan Thompson, for example, plays a character called Impresario, a fashion plate who can conjure whatever he can imagine using this magical jewel in his head. Kenan also plays his mother—and he does both of them in very distinct voices. Bill Hader, who is one of the top five voices in the business, plays a great villain called Malocchio. Also we have Ike Barinholtz who plays Seth’s character’s best friend. He is perfect in every thing he does, but he’s not very smart. And we have Rashida Jones as Hotwire, the love interest. Her voice acting is always spot on.

Meyers: As far as interesting storylines go, well, our characters get to visit an alternate universe where they meet their evil doppelgangers, which is a favorite superhero plot. There is also a paternity trial in space, lots of intergalactic travels, and we have a beauty pageant. We also have a two-part finale. It’s always great when you can pull together a two-part finale to reward the patience of your audience.

What are some of your favorite animated shows and influences?

Shoemaker: I think we are both big Simpsons fans—also South Park, Family Guy, all the hardcore comedy ones.

Meyers: I also used to love watching The Flintstones when they aired in primetime. And Disney’s DuckTales, that was another show that I loved to watch.

What do you love about producing your own animated show?

Meyers: One thing that’s great about animation is that you write the show, and then months later it comes back looking fantastic. It’s like these magical elves who make your shoes in the middle of the night. We have to also mention that Hulu has been a great partner. We talked to a lot of places before we went forward with them and they were the only ones that didn’t need any convincing.

The Awesomes premieres on Hulu.com on August 1. A special panel about the show will also be featured at Comic-Con this month. 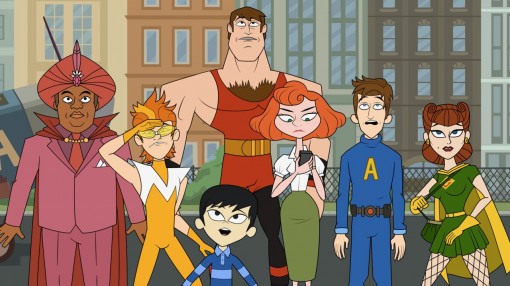 Hasbro and Madman Renew Home Ent. Deal
The Dream Team Is Back