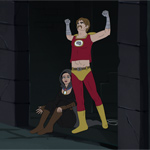 With its TV debut set for July 9 on Adult Swim and a special preview slated for the Rooster Teeth Animation Festival, it’s time to get to know the Canadian cop turned superhero star of Apollo Gauntlet — and the other crazy characters of the interdimensional land of the Kingdom Bellanus.

Apollo Gauntlet is produced by Six Point Harness. All images are provided by Adult Swim. Read on, noble adventurers! 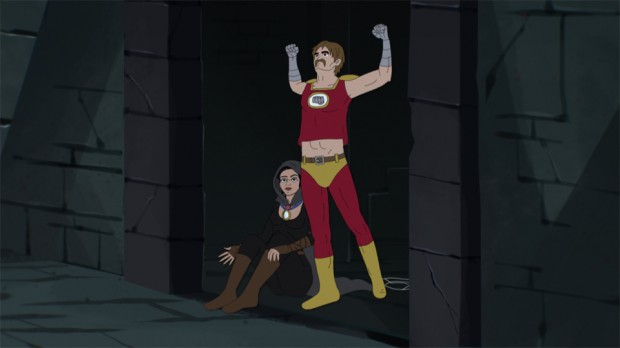 APOLLO GAUNTLET (Voiced by series creator Myles Langlois) ​- Paul Cassidy just your standard Earth cop who stumbles onto a nefarious plot by Dr. Benign to open an interdimensional portal between Earth and, well, wherever. When he awakens in Dr. Benign’s lair, little does he know they’ll both wind up in another dimension, where Paul Cassidy will become … Apollo Gauntlet! Armed (literally) with talking gauntlets, he’s stoic! He’s heroic! And he’s Canadian! 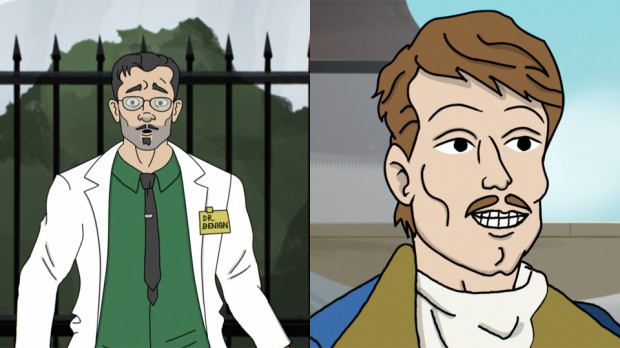 DR. BENIGN / PRINCE ORENTHAL BELLANUS (Voiced by James Urbaniak) – Dr. Benign is an evil Earth scientist who accidentally accompanies Apollo Gauntlet to Kingdom Bellanus, where he quickly aligns himself with the evil-doers in the alternate universe. Prince Orenthal Bellanus, meanwhile, is the black sheep of the Bellanus dynasty. Betrothed to Princess Daphne, there’s a problem: He doesn’t really like her that way. 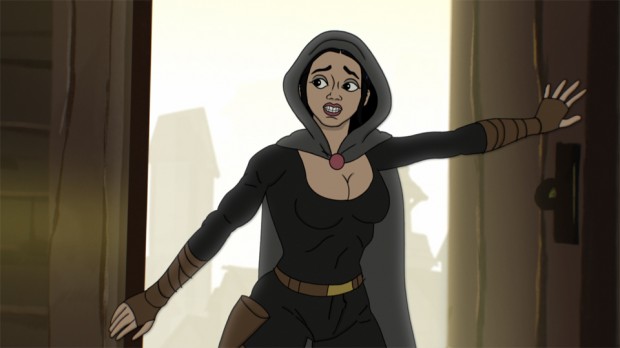 PRINCESS DAPHNE (Voiced by Kelsy Abbott) – Though she’s just a commoner, Daphne’s also become engaged to Prince Orenthal Bellanus, something she’s not entirely excited about – but someone needs to save the Bellanus family, not to mention the kingdom, and she’s a strong hero in her own right. When Apollo Gauntlet comes on the scene, it’s hard to deny that they’ve got some real chemistry going on – and make an incredible team. 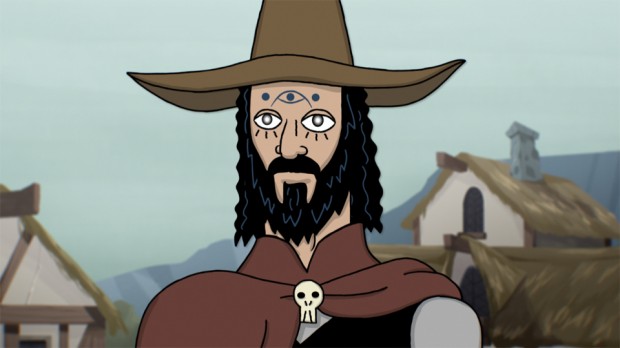 OZBORNE KING (Voiced by Tom Kenny) – A mystical wizard who appears to Apollo throughout the series, Ozborne believes that Apollo has been sent to undo the Oracles of Doom … and his own intentions may or may not be good. He does not have a particularly strong sense of humor. 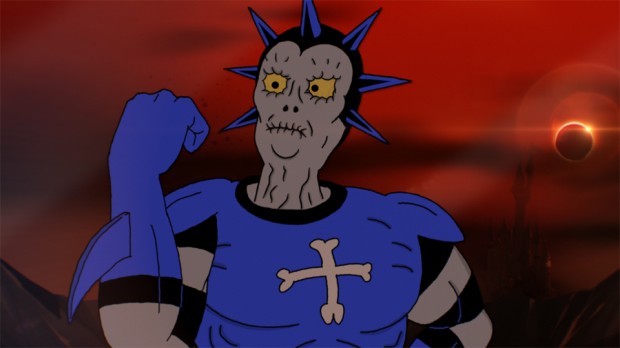 CORPORAL VILE (Voiced by Myles Langlois) – Corporal Vile has ambitions to rule Kingdom Bellanus – maybe the universe, but he hasn’t thought that far yet – he’s Apollo’s chief nemesis. Evil through and through. Lives in a lair. That kind of guy.