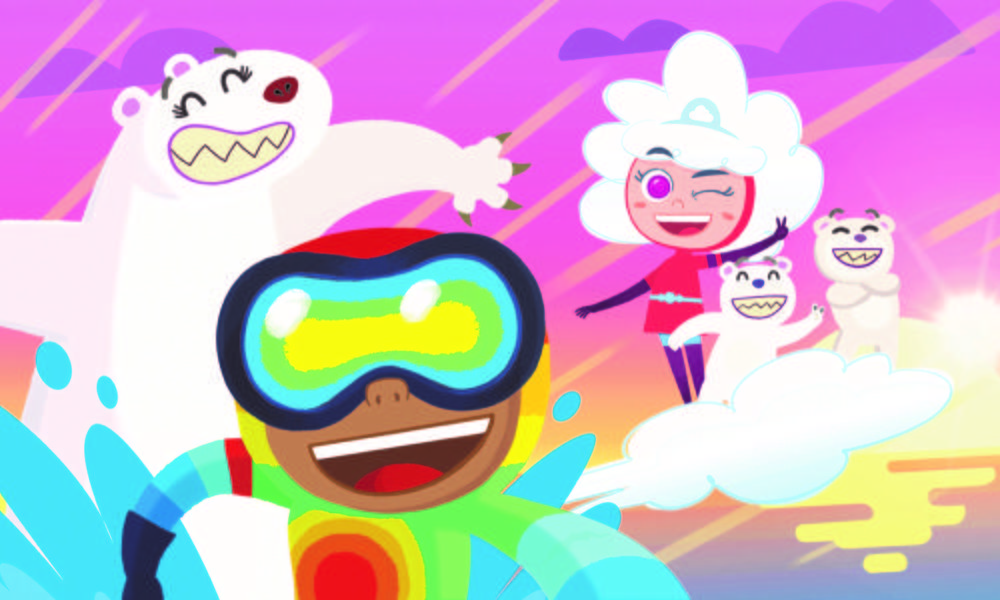 This month, Mondo TV’s latest animated series MeteoHeroes will officially make its debut on Italian preschool channel, Cartoonito. The 52 x 7-minute 2D animated show is a co-pro with Meteo Expert Center, Italy’s leading weather forecasting group, and addresses timely issues such as climate change, ecology and respect for nature. To find out more, we caught up with the show’s creator and exec producer Luigi Latini, who is also the CEO of Meteo Experts Center, and Paolo Zecca, Mondo TV’s Chief Production Exec:

Can you tell us a little about how the show came about?

Luigi Latini: The original idea came from a discussion I had with my wife. However, it was further developed after we got together with Luigi Ballerini. Luigi is a Milan-based child psychotherapist and journalist. He has also written award-winning books for children and adults. His input was invaluable when it came to building a narrative line for the series and developing the characters of the six animated young stars of MeteoHeroes. In particular, he helped us to define well-rounded profiles of the characters that young audiences could identify with. 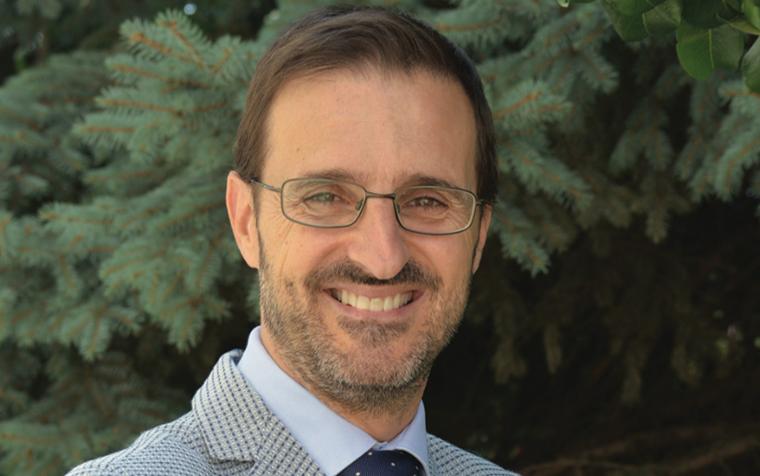 Obviously, your show arrives at a time when there needs to be more attention paid to climate change and saving our planet from ecological disaster. Can you discuss how you managed to weave those topics into the storylines?

Latini: There is a lot to say about the effects of pollution and global warming on the world, but we didn’t want to present the information in a dull or preachy way. So we explored ways to inform children that would also be fun and interesting. It certainly helps that Meteo Expert Center has always been involved in school projects, aiming to raise awareness among younger generations about protecting the environment. Our meteorologists visit about 100 institutes a year, from elementary schools to high schools. As you’d expect, these initiatives are aimed at making this complex science — and what we can do for the future of our planet — understandable to future generations. So we already have a strong background in working with kids, although transforming our message into engaging animated storytelling definitely required input from experts in that field, which is why we’re delighted to be working with Mondo TV.

Now that you’re ready to present the show to kids around the world, what do you love about the final results?

Latini: I really like the series as a whole, but I also love the way each episode tells a story. There is always an important message in every show, but there is also action, fun and adventure — genuine, high-quality entertainment. There are not many cartoons that have a genuine appeal to kids but also offer a message that is educational and informative on a topic that affects our children’s future. We’re very proud of the fact that MeteoHeroes has managed this.

Can you talk about the visual style and influences of the show?

Latini: The visual style of each character has been carefully developed to give them a clear identity and personality — something that appeals to fans, but is also relevant to the development of a long-term licensing program. While the project is developed and produced by Mondo TV and has a strong Italian influence, I do need to credit the influence on the show of two Asian women: My Thai wife, Supasin Jitman, has been involved in the project since the beginning. She insisted on giving the characters specific gadgets. I also need to mention Mitsue Haya, an excellent Japanese designer who contributed to the design of the three female characters. 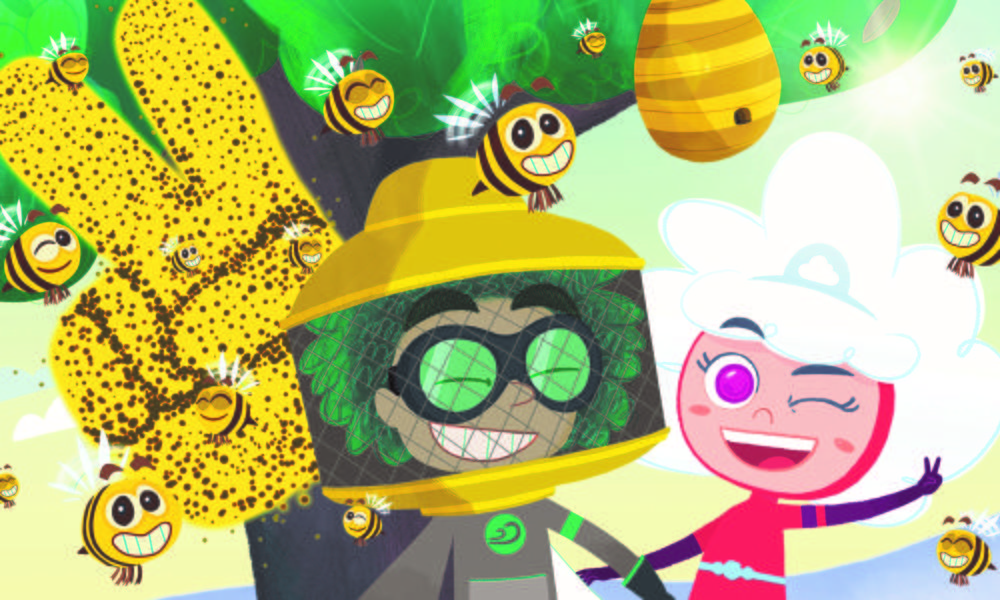 And of course there’s Mondo TV. We needed to find a co-producer that shared our vision of the series and was able to understand how to convey a serious and important message mixed with action, fun and adventure — a co-producer that could manage to get the perfect balance. Mondo TV is the ideal partner.

What do you hope audiences will get out of the show?
Latini: I really hope they can have a lot of fun and learn at the same time! My dream is that, at the end of each episode, children will have a big smile on their faces but also know a little bit more about recycling, saving energy and reducing pollution. In the longer term, I hope that MeteoHeroes has a lasting effect — encouraging children to grow up as more aware and respectful stewards of both nature and their environment.

When did Mondo TV become involved in developing and producing the series?
Paolo Zecca: We met with Meteo Expert Center in 2018 and fell in love with the work they had already done on MeteoHeroes. We started developing the show from their original materials in the second half of 2018. Production started in 2019. It was a unique process: We were taking an idea that had been born from the imaginations of meteorological experts and helping it to grow and develop as an entertaining and informative animated show. And we will keep on developing it! 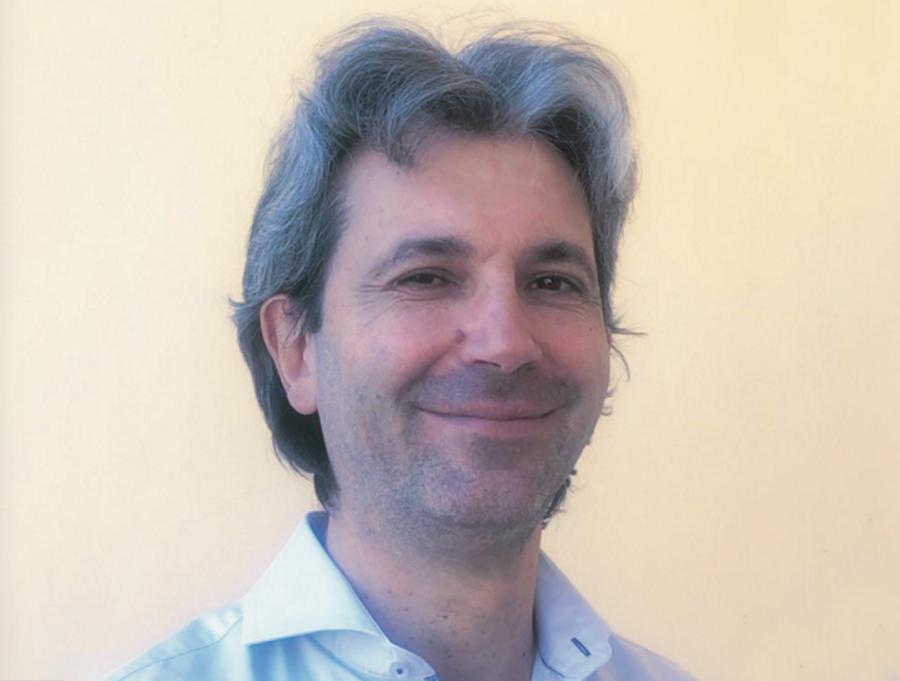 Where is the animation produced and which tools do you use to produce it?
Zecca: The main production work is done in China. This is a 2D animated production , which uses a combination of different software.

How many people work on the show?
Zecca: In purely production terms, I’d say we have around 70 people working on MeteoHeroes at the moment.

From your perspective, what makes MeteoHeroes stand out in today’s TV landscape?

Zecca: The show was inspired by years of human behavior that have adversely affected our planet, and the learning process we are all going through to alter that behavior. Every story is based on true events — things that have really happened – and ways in which we can make things better.

What is your take on the state of animation in 2020?
Zecca: Right now, no one can make a clear prediction about what will happen to this sector in 2020. On the one hand, demand for content will probably increase. At the same time, the global health emergency will affect production of new shows. It’s hard to say how many shows will be affected and for how long this will continue. But there are a lot of good ideas out there, and the year started with positive expectations. Our aim is to stay positive and be ready to respond to demand as soon as local and global circumstances allow. 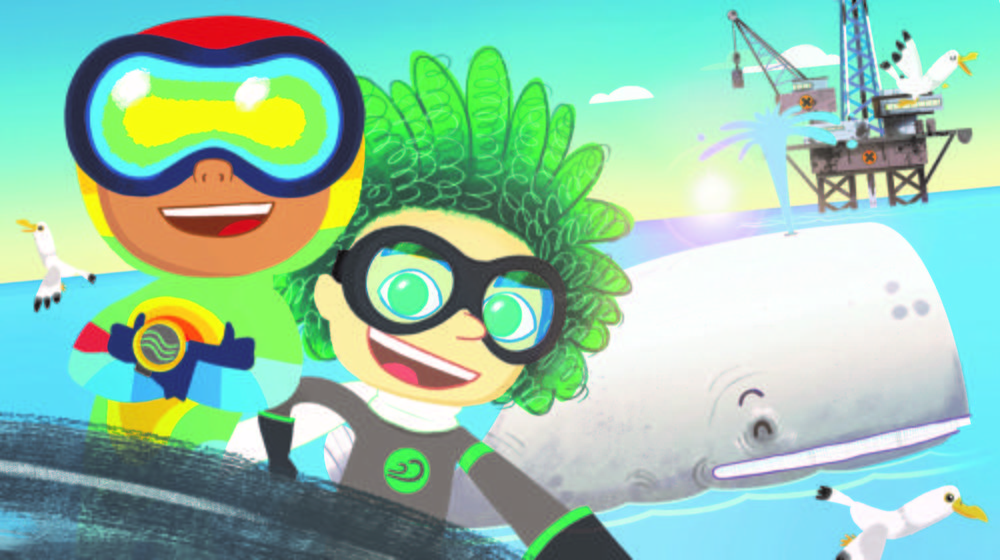